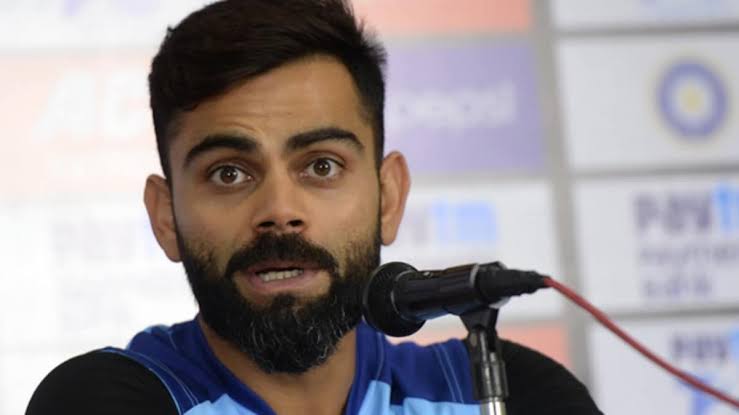 Virat Kohli opened up on the mindset he was having during his rough phase in cricket during the last six-seven months or ever since he left the test captaincy of India. When asked about the conversations and voices he heard during the time. During a conversation after the match against Pakistan, Virat Kohli opened up when he surprisingly came to attend the press conference after the loss against Pakistan in their super 4-match.

Till now the most successful test captain has kept quiet about the topic of him leaving test captaincy and the overall captaincy of India.

He struggled in the IPL, England Tour, and then took a much-needed break from International cricket. He said, “I can tell you one thing. And that is when I left Test captaincy, I got a message from only one person with whom I had played earlier, and that was MS Dhoni. This is when many people had my number. A lot of people gave suggestions on TV, and they have a lot to say but for all those who had my number, no one messaged me. So the thing is, when there is respect when you have a connection such as this, it shows because there is security both ways. I don’t want anything from him and neither does he. I have never been insecure of him and neither has he.” Kohli said during the Press Conference.

“All I can say is that if I have to say something about someone, I reach out to him individually. If you give suggestions in front of the world, there is no value to it as per me because if it means to me and for my improvement, you can reach out to me one on one as well, like I genuinely want that you do well. I live with a lot of honesty, so I can see these things. I won’t say that it doesn’t matter to me, but I can see the truth. That is the way I live.”

Despite Kohli’s best efforts as India made 181 in 20 overs in the second match against Pakistan. Kohli made a hard-fought 60 off 44 taking India to a respectable total. Despite all this hard work, India lost the match in the final over when Pakistan needed 7 off 6. Arshdeep Singh dragged it deep to make it 2 from 2, but even India’s left-arm pacer could not defend this total as Pakistan won the match by 5 wickets.

Kohli further talking about the match said, “I’ve played for 14 years, it doesn’t happen by chance. My job is to work hard on my game, something that I am always keen to do for the team and something that I continue to do. Everyone’s doing their job eventually, our job is to play the game, work hard, give our 120 percent and I’ve said it in the past that as long as I am doing that and the team has faith in that, what happens in the change room is the only thing that matters to us, and to me personally.”

He said.”People have their opinions and that’s absolutely fine but that doesn’t change my happiness as a person. I’ve taken some time away and put things in perspective. It’s given me kind of a relaxation that this is not the be-all and end-all of life. I need to enjoy the game, I can’t put so much pressure or expectation on myself, that I am not able to express myself. That is not why I started playing this game.”

“I was able to find that excitement back. And when I came here, the environment was very welcoming, the camaraderie with the boys is amazing, and the environment in the team is amazing. I am absolutely loving playing at the moment again and I am feeling good with the way I am batting,” he further added.