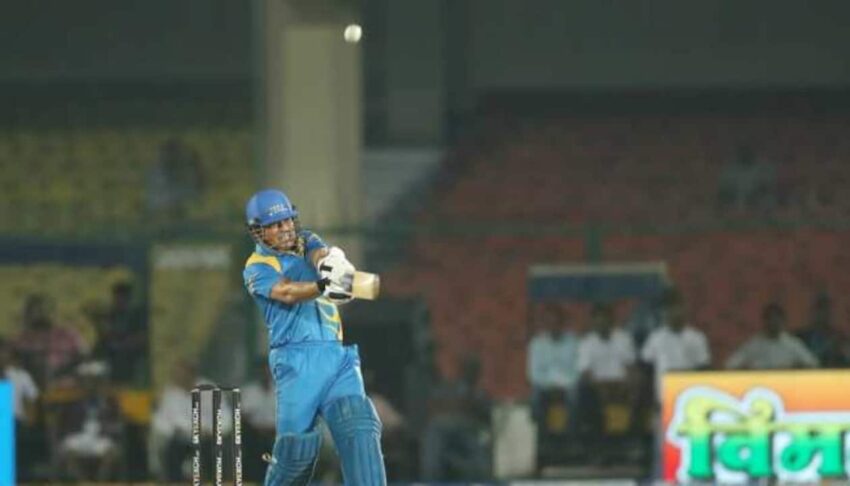 India legends and South Africa met for an epic legends encounter at Eden Gardens, Kanpur. Stuart Binny’s unbeaten 82 helped India legends to reach a massive total of 217. This target was a bit too much for the proteas legends to chase as they fell short by 61 runs.

When the coin was tossed on Saturday night, Sachin Tendulkar’s India Legends won it and decided to bat first. Tendulkar along with Naman Ojha put up an opening partnership of 46 when the master departed from the field at a score of 16. Raina batted beautifully for a well made 33 and the inning was capped off by the heroics of Stuart Binny and Yusuf Pathan who took the crease together after Yuvraj Singh departed cheaply for 6. Binny made an unbeaten 82 with Pathan on the other end blasting 35 off 15 to take India legends to 217 with loss of 4 wickets in 20 overs.

South Africa Legends came to chase the target with high hopes as the opening partnership of 43 runs was put up. From that wicket onwards it was an inning which fell drastically with wickets falling at one end and skipper Jonty Rhodes standing on the other with an unbeaten 38. They fell short by 61 runs.

Rahul Sharma took 3 wickets for Indian legends and that along with Munaf Patel and Pragyan Ojha’s 2. Yuvraj and Irfan Pathan took 1 wicket each breaking the RSA legend inning to the ground.

Stuart Binny was awarded man of the match with his knock of 82 and was extremely rejoiced by his and team’s performance in the match.