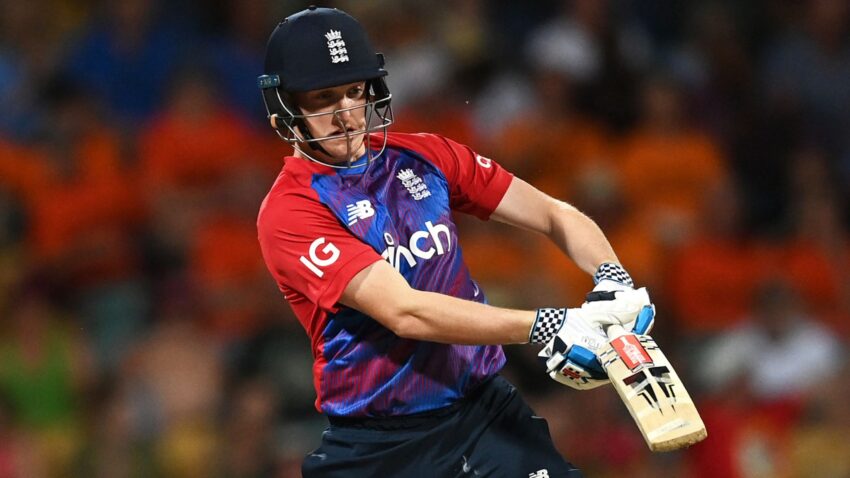 Pakistan is back in the hosting business as they are hosting England for a 7 T20I match series. The English team has come to Pakistan after a long gap of 17 years as they played the first T20I in Karachi.

England declared their arrival in the sub-continent team with a 6-wicket win and taking an important step towards beating the team which is a major contender for the T20 World Cup.

The PCB has therefore left no space for error for hosting the English team as all teams boycotted the tour of Pakistan after the terrorist attacks on the Sri Lankan team bus.

After the match, a young English batter and a centurian for the Lahore Qalander in the PSL edition of 2022. Harry Brook has come out to respond on how safe he is feeling right now as the PCB has left no stone unturned and every English cricketer and management member is provided with security all the time.

After playing some flamboyant shots to win the match for three lions, Brooks joked about the level of security telling how tight it is.

He said, “Every time I go to the toilet, I have got someone always following me. I’ve never experienced anything like this before, but it’s cool, we feel very safe here. We are all enjoying the tour of Pakistan and this tight security.”

After the Sri Lankan team bus incident back in 2009, it took almost a decade to bring some International teams like Sri Lanka, West Indies, and Zimbabwe back to Pakistan, and now big teams like Australia, South Africa, and now the English cricket team.

International cricket in Pakistan is being established again and a good sign for the nation’s cricketing future lies ahead as PCB ensures safe conduct of bi-lateral series.

Next Year’s Asia Cup venues will also be a big talk as Pakistan is appealing again and again to host the tournament.