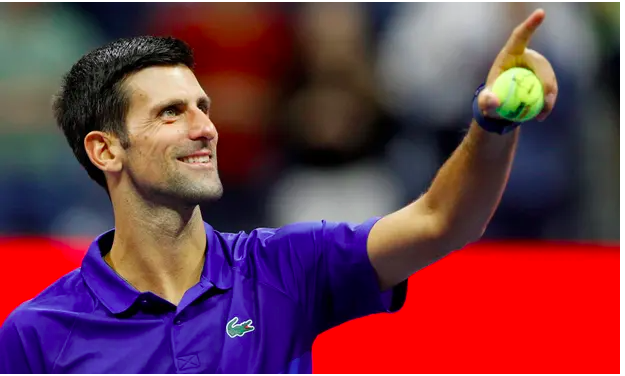 Tennis fans are super excited going into the final grand slam of the year, the US Open. The women’s final will take place on Sunday the 12th of September, and the Men’s final a day later on the 13th.
Let’s dive into who’s playing in the Final.

Fernandez and Raducanu have created history, as this is the first all-teen final since 1999. Raducan,18, of England and Fernandez,19, of Canada are both unseeded.

Fernandez is unseeded and ranked 73rd. Raducanu is ranked 150th, which meant that she had to make it through qualifying just to reach the main draw. Fernandes defeated 2nd seeded Sabalenka to reach the finals, and Raducanu beat 17th seed Saccari in straight sets.

Both the teens worked really hard beating all their elders in the tournament, and now have a chance of lifting their first-ever grand slam. Emma Raducanu has reached the finals and is yet to drop a set. She is the first individual to reach the final from the qualifiers, going one step ahead of the great John McEnroe.

Both the players have been through rough times, and will meet each other on Saturday for their first grand-slam final, and looks like many more to come in the future. This will be the first-ever US Open final amongst unseeded players, it’s going to be a final filled with youthful energy and adrenaline. The match between the left and right-handed teenagers is a must-watch.

Also read: LEICESTER VS MAN CITY PREDICTION: PEP GUARDIOLA’S SIDE CAN SHUT DOWN MISFIRING FOXES AT THE KING POWER STADIUM

Men’s seeded 1 and 2 go head-to-head in the US Open final on Monday, 13th September. Both the finalists are on contrasting ends of the spectrum.

Daniil Medved is going into the final in search of his first-ever grand slam Tittle. The 25 years old Russian, has been in sublime form coming into the US open. The task doesn’t get any more difficult. This is Medvedev’s second US Open final, and he’ll be making sure it doesn’t come to the same outcome as the first one.

The task in front of him, immense as ever, 34-year-old, Novak Djokovic. The Serbian is going into the final on the cusp of creating history and looking for his 21st Grand Slam.

Djokovic is gunning for the calendar grand slam. He will be the first person to do so since, Rod Laver in 1969. Novak has the chance to write his name into the history books forever.

Both the finalists had performed very well in the Semis, with Djokovic beating Zverev in five sets, and Medvedev got the better of Auger Aliassime in straight sets.

Medvedev, going for his first-ever grand slam, and Djokovic his fourth of the year, this match will be highly competitive and both the players have the opportunity to write history.