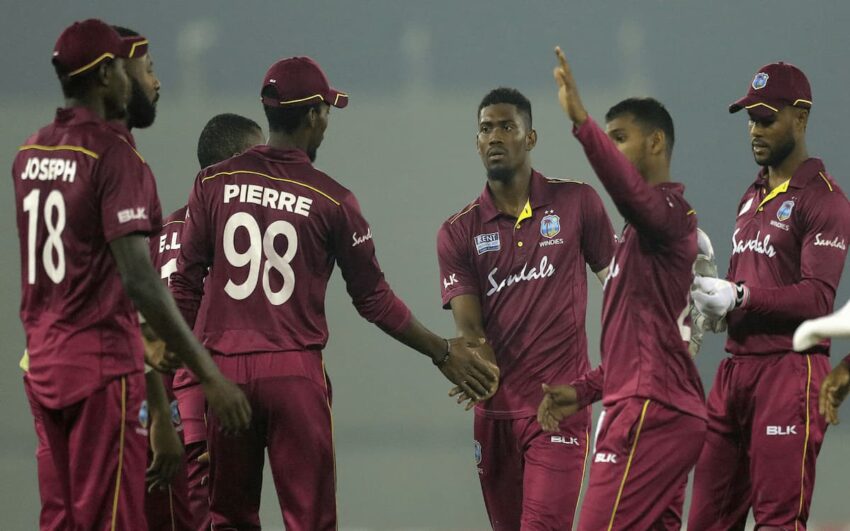 West Indies announced their 15 man squad to play in the upcoming T20 World Cup. Under the leadership of Nicholas Pooran, the Caribbean squad is missing many big names, some due to retirement and some are dropped.

According to the Caribbean selectors there was no place for Andre Russell in the squad as Evin Lewis, the 2 time T20 World Champion was called back in the squad for the World Cup. This squad while brought back Lewis, the golden quadrat of West Indian cricket for the recent past which comprised of former skipper Kieron Pollard, Dwayne Bravo who are both retired and the likes of Sunil Narine and Russell didn’t got the chance to represent the Island group which once ruled cricket.

West Indies are the only side to win 2 T20 World Cups in 2012 and 2016 and they intend to maintain their good form in this form of cricket when they they were knocked out in the super 12s last year when the World Cup was played in UAE and won by Australia, their first.

The chief selector of West Indies cricket board, Desmond Haynes said while announcing that players who have not been picked on the main 15 and are still playing the Caribbean Premier League can be called anytime if their is any injury issue. He warned and alerted them to perform well in the CPL as well as the domestic matches following it shortly.

Haynes said, “There are players who did not make the team and I hope they will continue to work hard and perform to their best in the CPL and the upcoming CG United Super50 Cup; because you never know what can happen in case of injuries or any other unforeseen situations where we might need to call up players as replacements.”

The World Cup may have got some time but the Caribbean giants are due to play the qualifiers as they don’t have a direct entry in the super 12. They are also due to play Australia for two match bilateral T20I series on the 5th and 7th of October. A week prior to the World Cup.