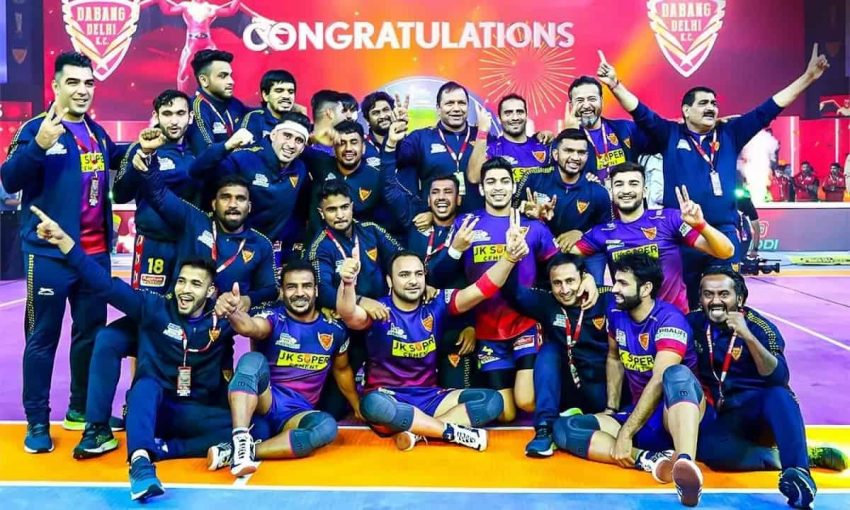 The champions of the last season will once again take the court to defend their title in the 9th season of the Pro Kabaddi League.

They will appear in the opening game of the season against the season 2 champions U Mumba. The match will take place in Shree Kantiveer Indoor Stadium, Indore.

The raiding party of Dabang Delhi’s squad is as sorted as ever. Naveen Kumar who finds his name among the top raiders of the tournament will be seen once again associated with them only.

The larger part of Dabang Delhi’s problem in the previous season was their defense however, the team has fortified that of the team as well by bringing in Sandeep Kumar Dhull along with Ravi Kumar.

7 October | Dabang Delhi vs U Mumba

12 October | Dabang Delhi vs UP Yoddhas

The fixtures given above are only for the first half of the season as the rest of them haven’t been released yet.

Now, It will be interesting to see if one of the most all-rounded teams in the tournament will be able to save their title and win the trophy twice in a row.