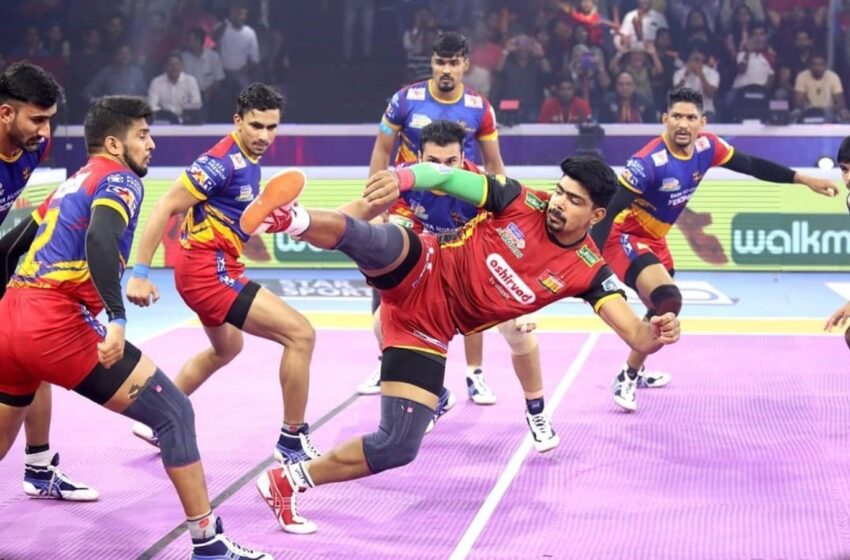 Season 8 of the Pro Kabaddi league saw some serious heat as the players with experience often stole the limelight and won matches for their teams. With never say die attitude, these players were at their best and made the world bow to skills and talent.

Ex-captain of Bengal warriors who led them to victory in 2019 came into season 8 with some exceptional performances that were nothing less than a treat for the eyes of the fans. Even though he was phenomenal throughout the season, the support from his fellow teammates often fell short and hence his team failed to qualify for playoffs this season however his fans saw their superstar in many incredible performances. He scored 262 points in 22 matches with 16 super10s.

Young Arjun Deshwal with his tall stature can be seen on the mat moving around swiftly making his opposition defenders clueless about his movements. Known to change directions in the middle of the raid, Deshwal makes it very hard for the opposition to anticipate his actions. With the bumper price tag of 96 Lakhs in the auction of Season 8, the panthers expected a good performance from Arjun and the raider delivered a great one. Deshwal scored 267 points in 22 appearances including 16 super10s.

If there is one person whom every Kabaddi fan wants to be on their screen right now, it can be nothing else than Pawan Sehrawat. Even though his team Bengaluru failed to make a mark in this season, Pawan certainly didn’t. Sehrawat scored the highest 304 points with 18 super10s in the season with 24 appearances. He was probably the only reason his team could qualify for the semi-finals of the tournament. It will not be wrong to say that he was the most feared raider of season 8 of PKL.