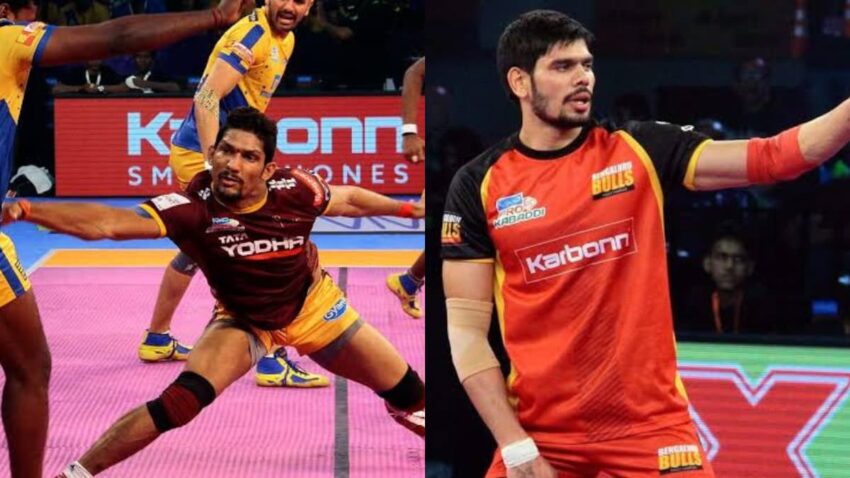 Pro Kabaddi League which is the second most watched sports league after the Indian Premier League will be initiating its season 9 on 7th October. This season will see all of its matches being played on two venues i.e., Bengaluru and Pune.

Be it a Raider or a Defender, Both are needed for a team to win the match and dominate the other team. In such a case, Let’s look at the top 5 raiders who have scored maximum points in a single match.

Rohit who is on the 4th rank in this list has a maximum of 30 points in a single match. Just like Rishank Devadiga, Rohit’s heroics also came in season 5 when he was representing Bengaluru Bulls. Rohit scored these points with the help of 25 touches and 5 bonus points.

If there is someone who knows Kabaddi, he most certainly knows Pardeep Kumar, such has been his performances throughout the seasons. Pardeep ranks 3rd in this list with 34 points in a single match which comprised 32 touch and 2 bonus points.

Pardeep knows what he is doing. If there was any doubt in this statement, it should be clear by now. He has robbed everyone else of both 2nd and 3rd spots. Pardeep has 34 points twice in the Pro Kabaddi League and is the only player to achieve this feat.

The most expensive buy of season 9 auction, Pawan Sehrawat acquires the 1st spot on this list. He has scored the highest 39 points in a single match with the help of 34 touch and 5 bonus points. He will try to show the same form in the jersey of Tamil Thalaivas this season.