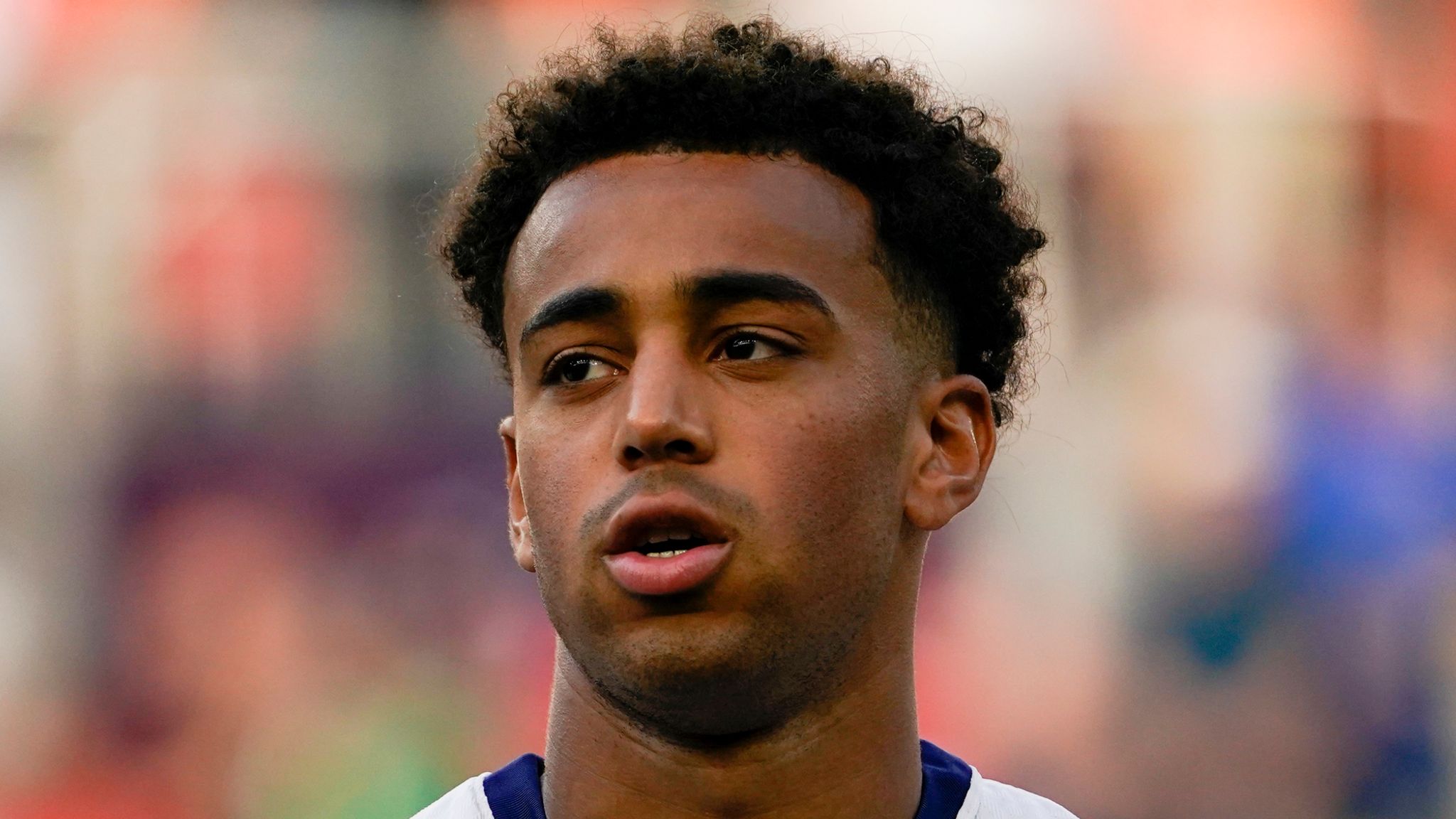 Tyler Adams is seen as the successor to Phillips. He has joined Manchester City for around £45m. Leeds agreed a fee in the region of £20m with RB Leipzig. The 23-year-old worked with Jesse Marsch at New York Red Bulls. Adams is Leeds’ fifth signing of the summer transfer window.

Leeds have signed RB Leipzig and USA international Tyler Adams to replace Kalvin Phillips for a fee of around £20m.

The 23-year-old midfielder is seen as the successor to Phillips, who joined Manchester City for around £45m on Monday.

Leeds agreed a fee in the region of £20m for Adams with Leipzig where he has spent the past four seasons. Adams, born in New York, helped the club reach the Champions League semi-finals in 2020 before they lost to Paris Saint-Germain.

Adam is reunited with Leeds boss Jesse Marsch, who gave him his senior debut in a pre-season friendly against Chelsea aged just 16 when head coach of New York Red Bulls head coach.

Leeds are also closing in on a deal for Feyenoord winger Luis Sinisterra.

Leeds’ interest in signing Tyler Adams from RB Leipzig was more than predictable because the United States international is much more than just a former player for Jesse Marsch. The bond between them was forged many years ago.

“I have worked with a tonne of talented players,” he told Sky Sports.

“But the ones that right away you can see they have something, it is everything to do with their mentality, to do with what they consider success. It is the work they do on a daily basis, their love of improvement, their love of competitiveness, their fearlessness.

“Honestly, the first player that I ever coached who I saw that in was Tyler Adams. I met him when he was 15-years-old. I watched him play a game. I had a 10-minute conversation with him after the game and I said to myself, ‘This kid is going to be massive.’

“At 15, it was so easy to see that he had the tools, mostly from a mental and intelligence perspective, to do whatever it takes. Obviously, they need to be steeped in talent but it ends up being more about their mindset than it does about their actual talent.”