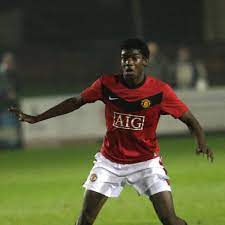 Paul Pogba is undoubtedly one of the best midfielders in the world. Paul Pogba re-signed for Manchester United from Juventus on a 5-year contract, with an option to extend it to 2022. He is in talks with the club for signing another extension, as the club’s transfer business has been impressive.

Pogba throughout his career has had doubters in the Premier League, whether it be due to his extravagant hairstyles, his social media posts, or his performances. Since France won the world cup in 2018, every summer questions arise about him leaving the club.

Agent Mino Raiola highlights Pogba’s dream to play for Real Madrid, and always causes problems. Pogba till the 20/21 season hasn’t been able to consistently perform for Manchester United, due to his injuries. Last season was his best season, and he’s started this season in top form, registering 7 assists in just 4 games.

In an interview with Rio Ferdinand for BT Sport, Pogba stated:

“Everybody knows that I have one year left, I’m going to speak with the club, see what’s going on. For now my goal, my objective is to win something, all I am thinking about is winning, to bring my energy, give my best to help the team.”

Paul Pogba is seeing out his current contract, and talks of renewing his contract will be the main concern for Manchester United going into the end of the season.

He triggered his one-year contract extension, in April 2021, taking his contract to the end of this season, which is June 2022. Paul Pogba at 28, earns wages of £290,000 per week from Manchester United.

The midfielder has had a very hit-and-miss stint at his childhood club Manchester United.

Since returning in 2016, Pogba has made only 141 appearances for the club in the Premier League, scoring 28 goals, and registering 36 assists.

He’s never been able to show the form he does for his National team, this is also due to the lack of a solid defensive midfielder like Kante at Manchester United.

He’s made 44 appearances for the club in European competitions, scoring 7 and assisting 6 goals.

As far as silverware goes, Pogba lifted the Europa League with Jose Mourinho as coach in the 16/17 season.

He also won the League cup in the same season, and once in 2010 under Sir Alex Ferguson. He was named in the PFA Premier League team of the season for the 18/19 season.

Paul Pogba didn’t sign a contract extension in the summer window. However, with the recruitment of Ronaldo, Varane, and Sancho, he’s been very impressed with the direction the club is taking and is more convinced to sign a new contract.

With his personal and also the club’s impressive start to the season, and his great relationship with manager Solsjkaer, it is likely that Pogba will extend his contract this season, and look to win more trophies with Manchester United.

1 thought on “Paul Pogba contract talks: Manchester United is where he belongs”