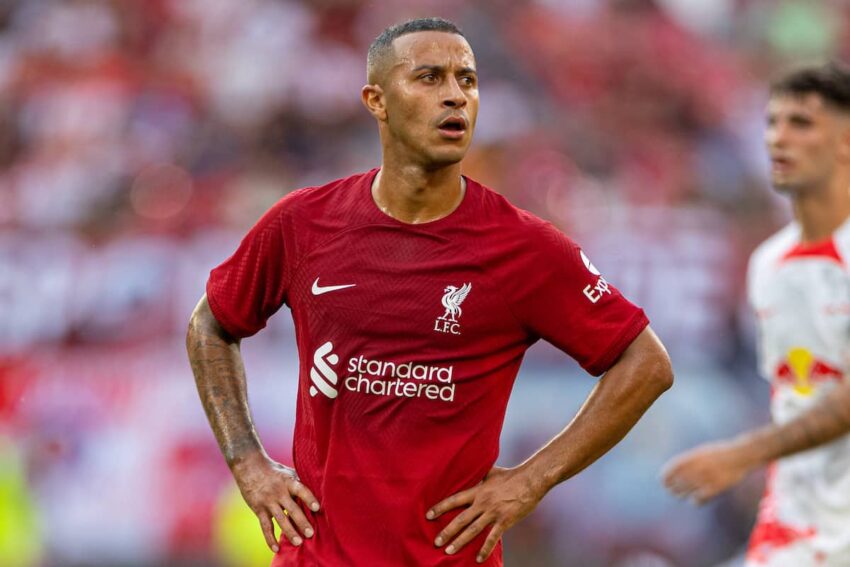 Liverpool will be without injured captain Jordan Henderson for their opening Champions League Group A trip to Napoli on Wednesday.

However, fellow midfielder Thiago Alcantara is set to make his first appearance for a month.

Winger Hirving Lozano and forward Victor Osimhen could be available for Napoli after returning to training.

Injuries have left Liverpool particularly light in midfield, which led to their deadline-day loan move for Arthur Melo from Juventus.

The 26-year-old has not played a competitive match since his substitute appearance in May’s Coppa Italia final and could make his Reds debut in Naples at the imposing Stadio Diego Armando Maradona.

Will Arthur start for Liverpool:

“Arthur just needs football now, training especially, that’s how it is,” said Liverpool boss Jurgen Klopp, who has seen his side lose on each of his three previous visits to the Italian club.

“Can he play minutes? Yes. Should he play a full game? No, because he needs to get used to the intensity in each competition.

“It’s not like the Champions League is like you have to work less than the Premier League. He’s doing well, he’s really giving his absolute all in training. We have to be careful with him as well and then we will see when we can use him.

“Thiago is back in training. It means he is ready. For how long we will see. Hendo, we had the results of the scan and it will be after the international break, I think, he will be back.”