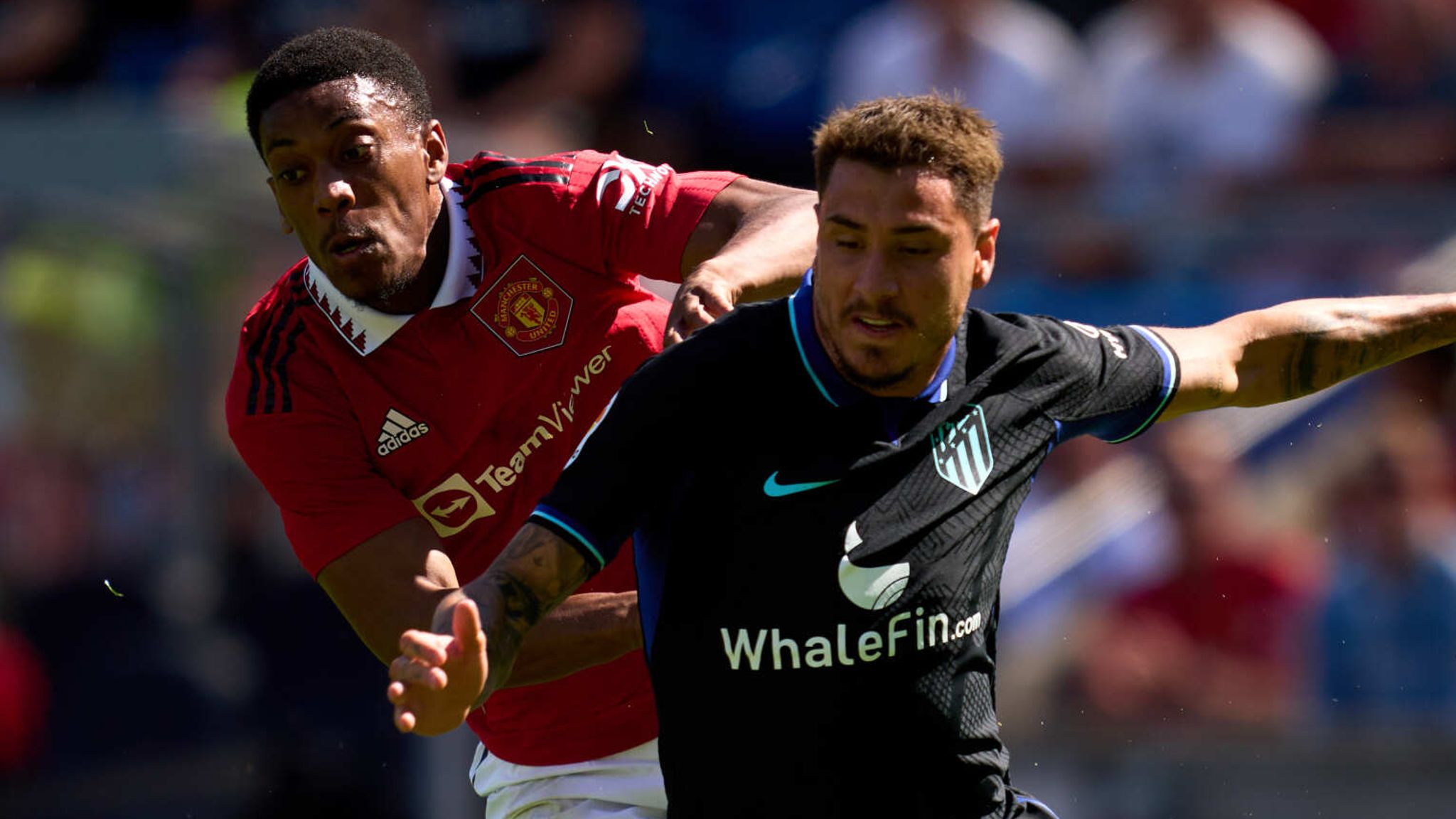 Joao Felix made a decisive impact off the bench, punishing Harry Maguire’s missed free header from close-range. Christian Eriksen had an impressive cameo off the bench in his Man Utd debut. United play their final pre-season friendly against Rayo Vallecano at Old Trafford on Sunday.

It was a fiery encounter and a friendly only by name, with United midfielder Fred sent off in the closing stages for a second bookable offense moments after Felix’s ferocious strike broke the deadlock.

With one week until United’s first Premier League game of the season, Erik Ten Hag selected a team that is likely to start against Brighton next Sunday.

Atletico Madrid, a few weeks behind in their pre-season preparations, made a raft of changes midway through the second half, to bring on Felix, Antoine Griezmann, Alvaro Morata, Koke, Rodrigo de Paul and Saul. It was ultimately this injection of quality which turned the game for the Spanish side.

Christian Eriksen made his debut off the bench and provided a few dangerous moments for United, including a corner which saw Harry Maguire miss a free header from close-range just five minutes before Felix’s winner.

There will be a chance, potentially, for Eriksen and a few other players who did not start on Saturday, to play in United’s final pre-season friendly against Rayo Vallecano at Old Trafford on Sunday.

Cristiano Ronaldo, who this week reiterated his desire to leave United, appeared to confirm he will be playing in that game on social media on Friday night, saying: “Sunday, the King plays”.

The 37-year-old forward was training with the rest of the United squad – largely the younger players – who remained behind at Carrington on Saturday and posted a picture from the session on his social media, with the caption: “Working in progress”.

United’s other new signing, Lisandro Martinez, was an unused substitute and is expected to feature against Rayo Vallecano.

Sancho’s form in pre-season has been one of the most promising takeaways for United this summer, but his absence against Atletico laid bare the lack of attacking depth they have on the right-hand side.

Anthony Elanga, who is more comfortable on the left, filled in for the 22-year-old but had a quiet afternoon and was bullied by Atletico, receiving some heavy challenges on multiple occasions.

United, as a result, were once again lopsided, with most of their attacks coming down the left, which ultimately made Atletico’s job of keeping them out that much more straightforward.

There were half chances for Rashford and Martial in the first half, but Oblak was on hand to stop the England international’s near-post effort and the Frenchman fired over under pressure when through on goal.

Rashford and Elanga continue to show they are unconvincing on the right, which leaves United needing another forward to share the workload with Sancho.

United’s pursuit of Ajax forward Anthony reportedly took a blow this week as the Dutch club upped their valuation of the winger to €100m.

With just over a month to go, Ten Hag will be concerned by the slow nature of their business so far with plenty of problem areas to fill. The right of attack is certainly among them.