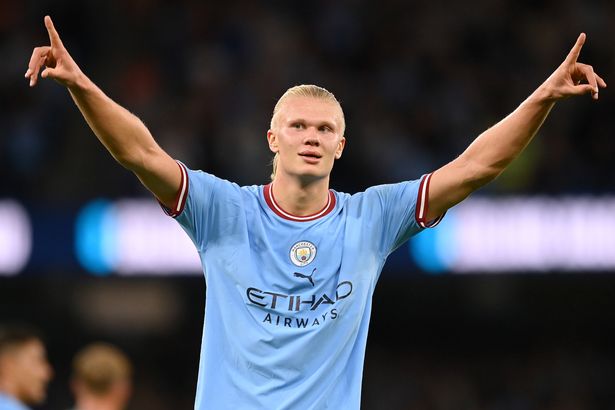 Pep Guardiola says Manchester City cannot put all their Champions League title hopes on Erling Haaland. The striker has made an incredible start to his career at Etihad Stadium, scoring 10 goals in just six games.

Haaland is seen by many as being the final piece of the jigsaw as City chase European glory, but Guardiola stressed the importance of the whole team.

What Guardiola has said on Haaland:

“If we rely all on Erling’s shoulders we don’t win the Champions League,” said the City boss.

“I understand everyone talks about Erling but I have three, four, five new players and it’s important they all settle.

Manchester City are one of the favourites to win this season’s Champions League and they begin their campaign at Sevilla on Tuesday evening.

Guardiola is without defenders John Stones and Kyle Walker, who both did not travel because of minor injuries.

“John is not much,” said Guardiola.

“Kyle is not much too, but I don’t know if he will be ready for Saturday, or Dortmund or Wolves before the international break.”