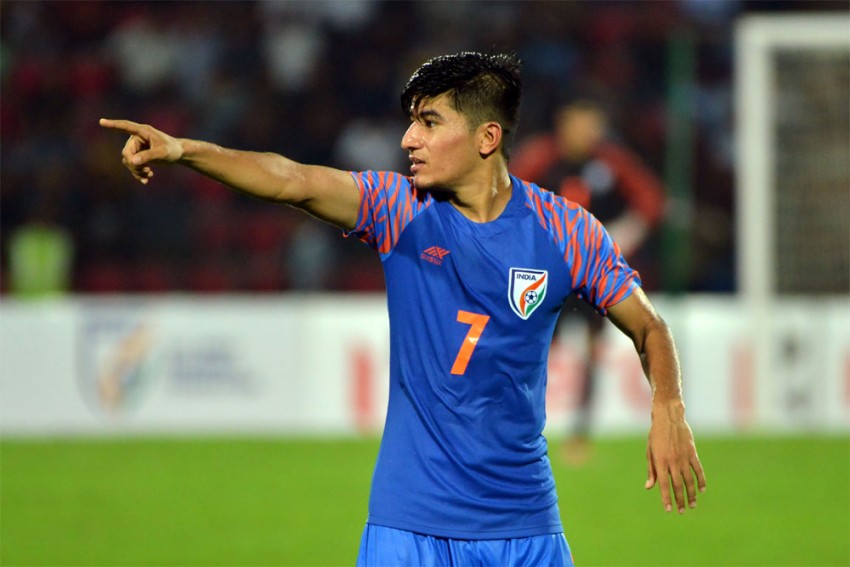 Thapa, the Chennaiyn FC captain, said he missed the cheers from the stands and looking forward to the ‘special nights at the Marina Arena’.

Anirudh Thapa is excited about the prospect of the return of fans to stadiums in the forthcoming Indian Super League (ISL) season.

ISL 2022-23, starting on October 7 with the season opener being played by Kerala Blasters and East Bengal in Kochi, will see the return of spectators after a Covid-19 pandemic-induced break of two years. The last two seasons of the ISL were played closed-doors in bio bubble in Goa.

What Anirudh Thapa has said:

Thapa, the Chennaiyn FC captain, said he missed the cheers from the stands and looking forward to the ‘special nights at the Marina Arena’.

“I think the fans are excited and so are we. They will be back after two years. We missed them and it will be great to meet them and entertain them. Having fans will create an amazing atmosphere in this season’s ISL for sure,” said the midfielder, who extended his stay at Chennaiyin till 2024.

“Last two years have been tough for us. I can recall the packed stands in Chennai with the people of the city behind us in each and every match. There have been special nights at the Marina Arena and I am looking forward to experiencing them back once again,” he added.

Chennaiyin FC will begin its campaign in ISL 2022-23 on October 10 with an away clash against ATK Mohun Bagan at the Salt Lake Stadium in Kolkata. And Thapa, 24, is especially thrilled about the away matches.

You know the matches in Bengaluru, Kochi, and Kolkata will be amazing as well because you have a great turnout in these centres. I am most excited to play the four teams away from home as well,” Thapa said.

This year matches will be starting on Thursdays and ending the week on Sundays to make the league more fans friendly.

Welcoming the fixtures, Thapa said, “Weekly matches will be a big boost for both players and fans and will give ample time in between matches so everyone can enjoy better.”

Chennaiyin FC will play its first home match against Bengaluru FC at Jawaharlal Nehru Stadium in Chennai on October 14.