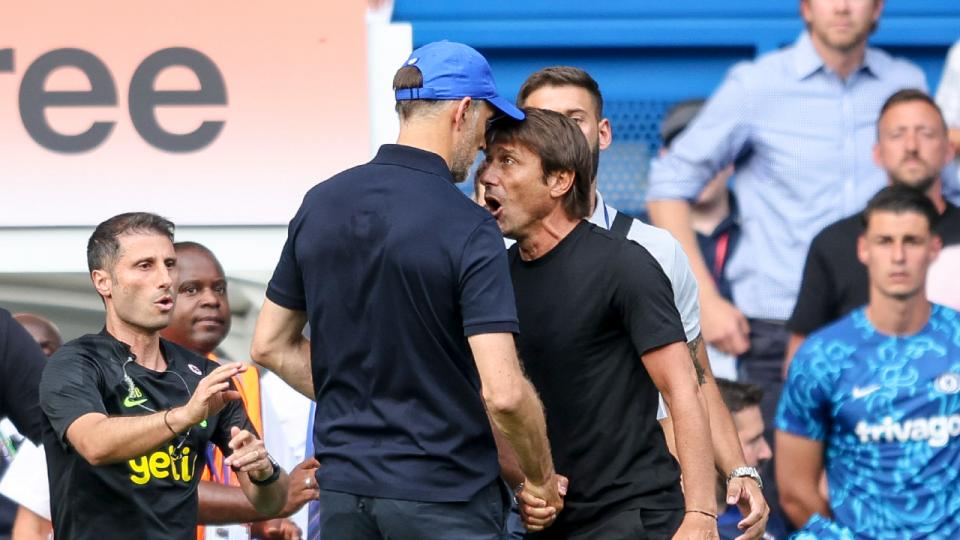 Managers marauding down the sidelines of Chelsea in celebration or confrontation is hardly a new thing. But even the ‘Special One’ Jose Mourinho might have raised an eyebrow at the antics of two of his successors in the Chelsea hotseat on Sunday evening.

“It was hot from the temperature, hot between the benches, hot on the field and hot between the spectators – everything you want and hope for in a match like this early in the season,” said Tuchel with a smile.

While the touchline tiff threatened to overshadow a thrilling Premier League affair, Tuchel was arguably more angry with referee Anthony Taylor at the final whistle than he was with chirpy counterpart Conte.

So what exactly did happen in another fiery London derby that ended in a 2-2 draw?

Believe it or not, a match that contained so much chaos in its final quarter was actually a relatively calm occasion – with few fouls and just two cautions – up until the 68th minute when all hell broke loose.

Tuchel squared up to his opposite number before both benches and officials stepped up to separate the pair as Chelsea’s protestations about the legitimacy of the goal began.

Kai Havertz complained he had been fouled by Rodrigo Bentancur in the build-up, while Spurs substitute Richarlison appeared offside and in the line of sight of Chelsea keeper Edouard Mendy when Hojbjerg let fly.

“I think both goals are irregular and this is very hard to accept in times of VAR,” Tuchel told BBC Sport. “I’m sorry to say but the referee had the decisive role today, nobody else.

“Both their goals cannot stand. There was a clear foul on Kai and the situation goes on and on. Richarlison was offside and when can you pull hair on a football field?

Tuchel even went as far to suggest Taylor should not officiate future Chelsea games.

“I don’t think that just some of the fans think that – I can assure you that the whole dressing room of us, every person thinks that,” he added.