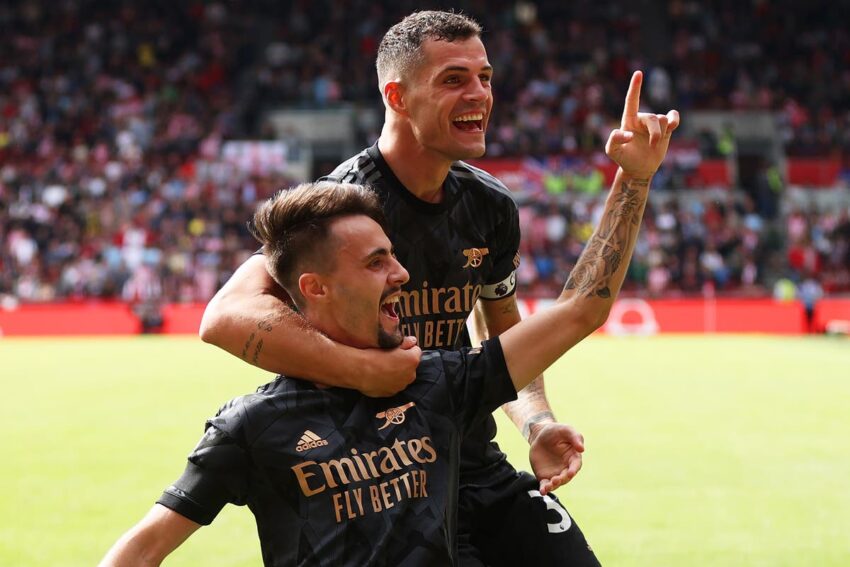 Arsenal go top of the Premier League with a 3-0 win at Brentford; William Saliba, Gabriel Jesus and Fabio Vieira were on target; 15-year-old Ethan Nwaneri came on to become Premier League’s youngest-ever player.

Brentford boss Thomas Frank described Arsenal as title contenders after Fabio Vieira’s stunning goal helped the Gunners secure a 3-0 win at the Gtech Community Stadium which sent them top of the Premier League.

Vieira, making his first Premier League start in the absence of the injured Martin Odegaard, rifled a long-range effort in off the post (49) to cap a commanding victory for Mikel Arteta’s men.

The Gunners’ last visit to Brentford ended in a dismal 2-0 defeat on the opening day of last season but on this occasion they were totally dominant, the victory underlining their recent improvement and sending them a point clear of Manchester City and Tottenham at the top of the Premier League table.

“It was a well-deserved win for them,” Frank said of Arsenal. “You can see how hard they worked. I think they will do brilliantly. I think they compete for the title now.”

Arsenal even had time to create a piece of Premier League history in stoppage time as Arteta sent on academy player Ethan Nwaneri, who only turned 15 in March, to become the youngest-ever player to feature in the competition.