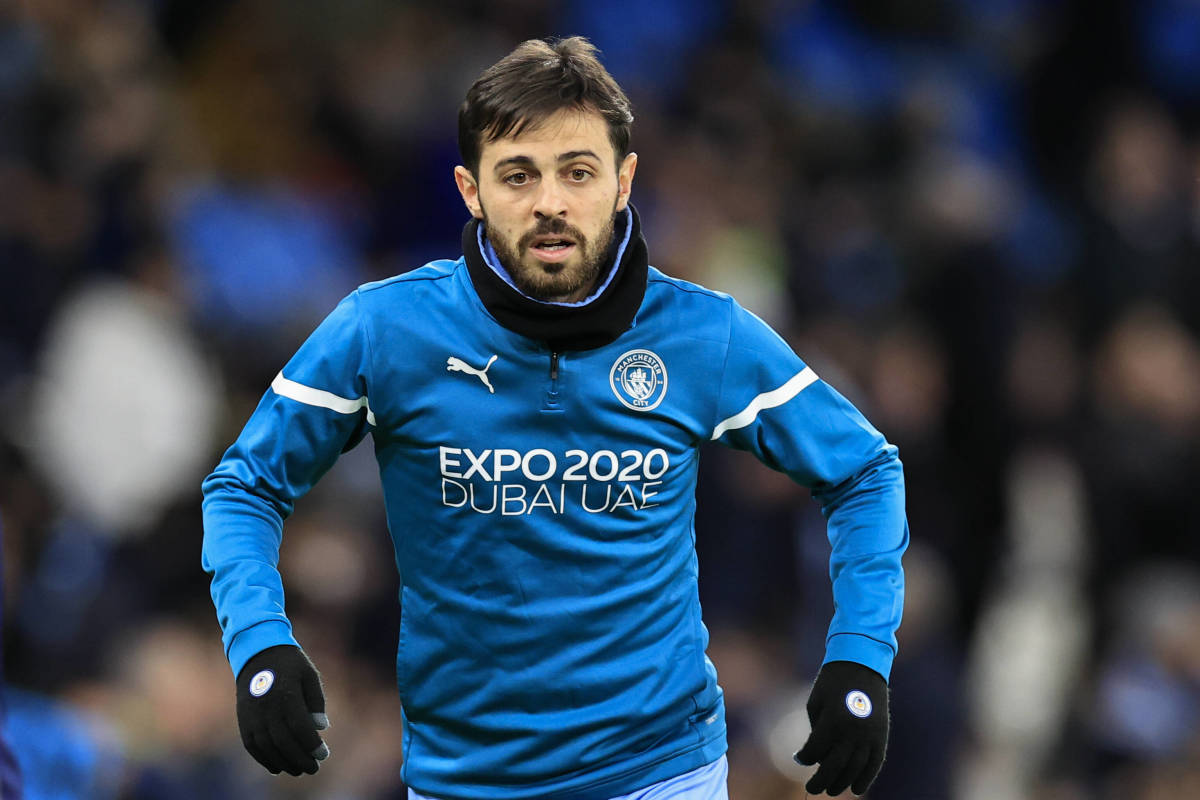 “I want Bernardo to stay, definitely, 100 per cent… but I don’t know what is going to happen,”; City boss provides update on left-back search.

Pep Guardiola insists he wants Bernardo Silva to stay at Manchester City but concedes the decision is out of his control amid interest from Barcelona.

Speculation has resurfaced this summer and Guardiola admits he is in the dark about Silva’s future at the club following the departures of Raheem Sterling, Gabriel Jesus and Oleksandr Zinchenko away from the Etihad Stadium.

What Guardiola has said Bernardo Silva:

“I was comfortable working with Oleks [Zinchenko], Gabriel [Jesus] and Raheem [Sterling] for three incredible years, [they were] incredible characters that helped us achieve,” the City boss said.

“I’ve said many times the desire of the player is the most important thing; I want people happy here trying to do it together. Of course, I would love for Bernardo to continue here, he is a special player in the dressing room for me, but I don’t know what is going to happen. Honestly, I don’t know.

“What is going to happen will happen and if he stays it’s perfect, and if he has to leave it’s because football is like this, the clubs have an agreement, the player has desires, and I am not the person to stop the desire of people.

“When you are a football player it’s short, you don’t realise it, immediately it’s over. I don’t want to stop the desire of a player but, at the same time, I’m just a little part of the club, you have to talk to the club, I have never ever been involved in that, and what the club decides for me is OK.”