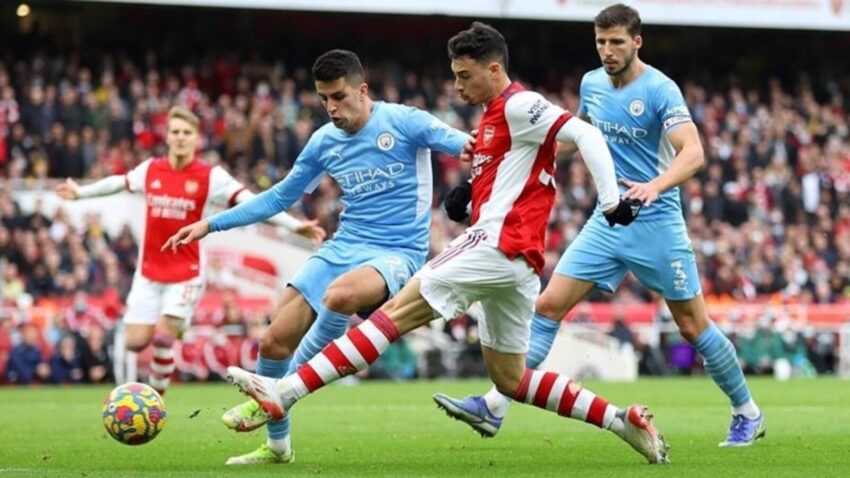 Arsenal league game with Manchester City, originally set for 19 October, has been postponed to allow the rearrangement of the Gunners’ Europa League tie against PSV Eindhoven.

Arsenal’s game against PSV was set for Thursday, but “severe limitations on police resources” after Queen Elizabeth II’s death prompted the postponement.

Arsenal will now play the Dutch side on 20 October.

The Premier League said it would find a new date “in due course”.

A whole round of Premier League fixtures was postponed last weekend as football paused as a mark of respect in the wake of the Queen’s death.

Three more top-flight fixtures, due to be played this weekend, have been postponed in the run-up to the Queen’s funeral on Monday.

Chelsea’s home game with Liverpool and Leeds United’s trip to Manchester United have been called off.

Brighton against Crystal Palace had already been called off because of rail strikes and remains postponed.

The Premier League calendar is under pressure this season with the World Cup being staged between 20 November and 18 December.

Speaking before the postponement of the match against Arsenal was confirmed, City manager Guardiola said he was confident that a potential fixture logjam could be solved

“The Premier League has the ability to find [room for] the fixtures,” he said on Tuesday.

“We will find a way. Always the fixtures were so tight every season.”