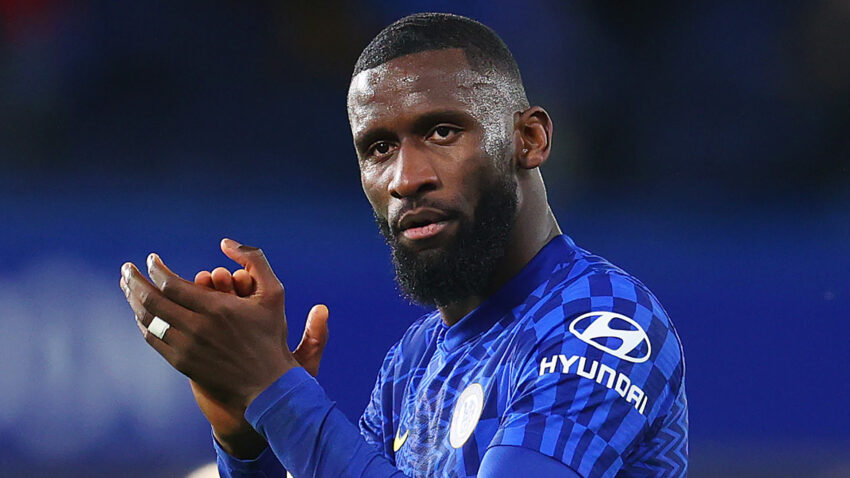 Antonio Rudiger left Chelsea for Real Madrid in the summer, joining the La Liga side on a free transfer; The German defender also questioned the timing of Thomas Tuchel’s departure after his sacking a few weeks ago.

Former Chelsea defender Antonio Rudiger says he would deliberately wind up opposition players if stadiums were too quiet for his liking.

What Rudiger has said:

The Germany international left the Premier League club for Real Madrid in the summer, joining the La Liga side on a free transfer.

Rudiger has now revealed that he would purposely target players to provoke when he wanted to fire up the crowd, having been known for some eccentric moments during his five years at Stamford Bridge.

“I’ll be honest: I deliberately wound people up because it was just too quiet in the stadium for me during this game,” he told German outlet Sport1. “I wanted to wake people up with it.

“I like to analyse my opponents and think to myself: ‘Okay, let’s see how they react if I provoke them a bit’.

“But it’s not like I pick someone before every game. That happens spontaneously.”

He also pointed to last season’s 1-0 Premier League victory over Newcastle in March – which saw Kai Havertz score an 89th-minute winner – as a match in which he deliberately provoked the opposition. Rudiger was booked during the game.

He added to Sport1: “First, he was allowed to bring in new players, only to be released after a few games. I was surprised at the speed.

“The day of his release was a sad one for me. I wrote to him afterwards and thanked him again for everything.

“He was there for everyone, not just me. If you look at where we came from and where he took us, he did the impossible.

“But you know how it is in football. Sometimes you’re the hero, sometimes the bogeyman.”