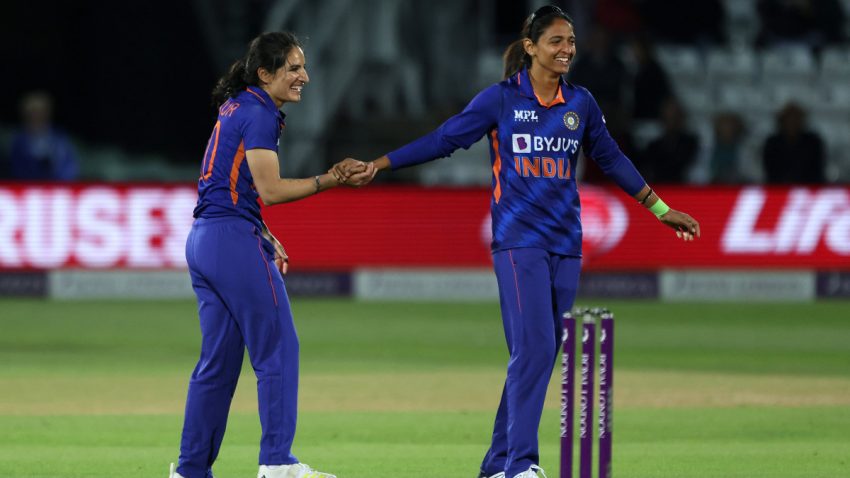 The Women’s Asia Cup is going on in Bangladesh and in the 6th match of the tournament team, India beat the Malaysian Cricket Team by 30 runs due to the Duckworth Lewis method.

In the match, the Malaysian Women’s Cricket team won the toss and elected to bowl first. Batting first, team India scored 181 runs at the loss of four-wicket in 20 Overs.

The openers of India Sabbhineni Meghana and Shafali Verma cracked solid innings for the side and added 116 runs for the 1st wicket. Meghana scored 69 runs with the help of 11 fours and one six. Shafali missed her fifty by just four runs and smashed 46 runs with the help of four and 3 massive sixes. After these two batters, wicketkeeper Richa Ghosh also joined the party and got 33 runs in just 19 balls with 5 fours and one six in his kitty.

Chasing the target of 182 runs, when Malasiya was 16 for 2 down in 5.2 overs, rain interrupted the play and after that, the game could not resume after which India was declared the winner.

Next, the team will play the United Arab Emirates tomorrow. The Indian camp is expected to go unchanged in the next match as they did pretty well with this team against Malaysia.

India will play Pakistan on the 7th of October which is expected to be a high voltage match just like every Ind vs Pak match. The match will start at 1 PM IST.

It will be interesting to see if the Indian women’s team will once again beat Pakistan or if Pakistan will get to leave a mark on the minds of Indian Fans.

Let’s wait and watch to find out

Follow For More Sports Updates And if You are a Sports Fantasy Fan, Download Our Mobile App