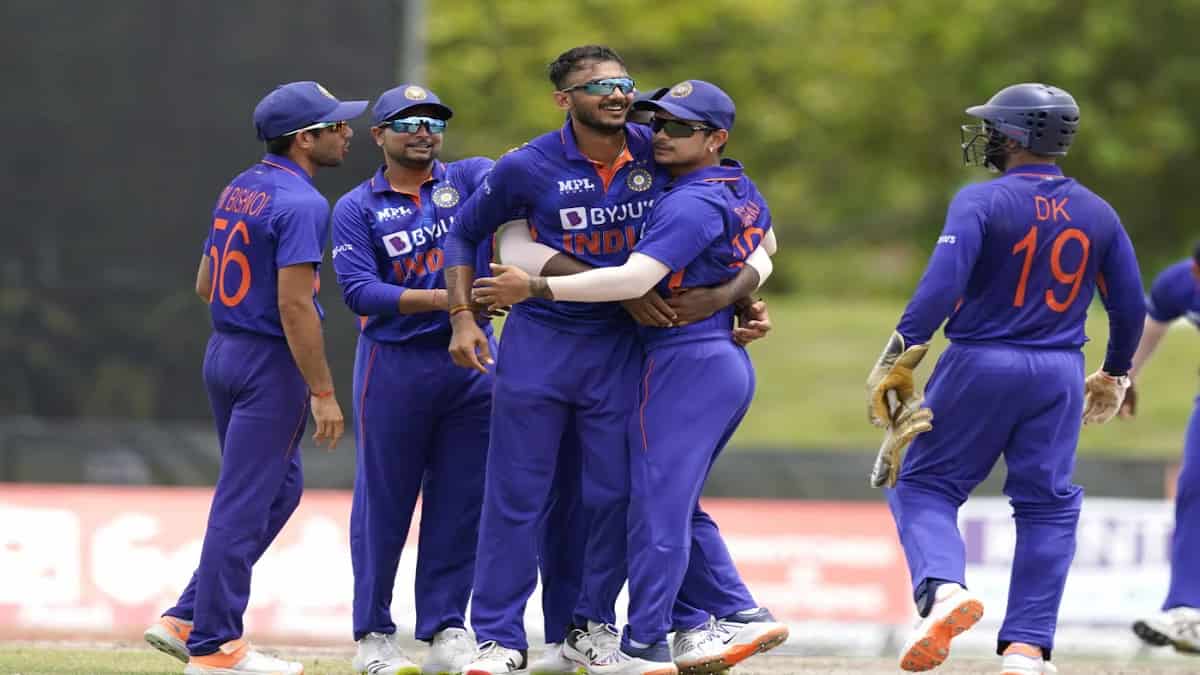 India beat West Indies by 88 runs in the 5th and last T20I of the series. Shreyas Iyer performed well for India as he played a good knock of 64 runs. Indian bowlers also performed exceptionally as the West Indies team got bundled out for 100 runs in 15.4 overs.

Earlier, India won the toss and opted to bat first. India made four changes to their team as they rested big guns like Rohit Sharma and Rishabh Pant for this game. Ishan Kishan and Shreyas Iyer opened for India but their partnership was short-lived as Ishan got out cheaply.

Shreyas Iyer kept on playing his strokes as he steered the Indian innings and also stitched a good partnership of 76 runs with Deepak Hooda. Iyer played a knock of 64 runs off just 40 deliveries. Hardik Pandya with help of short cameos from Sanju Samson and Dinesh Karthik finished well for India as they set the West Indies of 189 runs.

Chasing this target, West Indies got off to an awful start as they lost 3 wickets inside the powerplay adding only 38 runs to the board. Wickets kept tumbling at regular intervals as the Caribbean team never looked good in the chase. Shimron Hetmyer batted well for WI as he played a good inning of 56 runs of just 35 deliveries. He tried hard but couldn’t take his team home as wickets kept falling at the other end.

Spinners performed well for India as all the ten wickets were taken by the team’s spin trio. Ravi Bishnoi picked four wickets whereas Kuldeep Yadav and Axar Patel picked three wickets each. Axar Patel was adjudged the Man of the Match for his good bowling performance, especially in the powerplay.

On the other hand, West Indies has plenty of issues to deal with. They would hope to take learnings from this series and would look to get better for future tournaments.