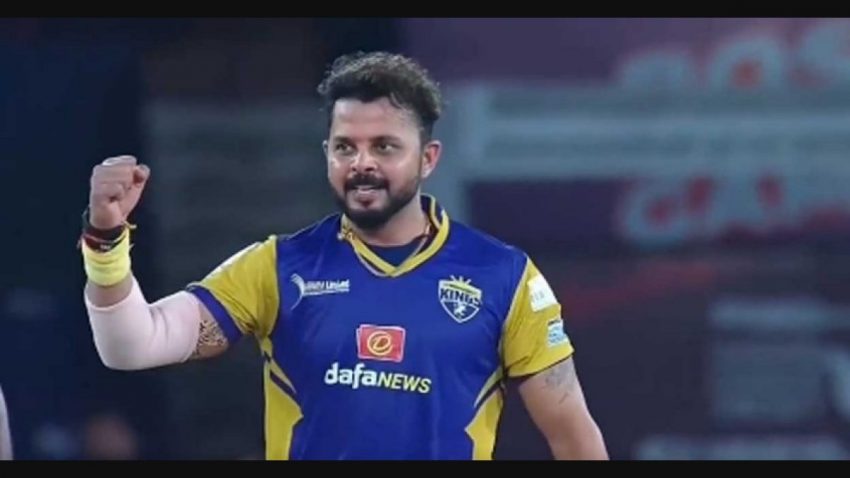 Bhilwara Kings Pacer S Sreesanth impressed everyone with his bowling as he bowled over T. Dilshan in Legends League Cricket and sent his stumps for a trip.

Sreesanth was bowling for Bhilwara Kings as they faced Gujarat Giants. Dilshan Was batting on 36 runs with 5 fours and a six. Dilshan was trying to hit another boundary however, he missed Sreesanth’s ball completely and got clean bowled.

In his quota of four overs, Sreesanth produced lovely figures of 2-28. The match between Bhilwara Kings and Gujarat Giants was the second qualifier of Legends League Cricket.

The match was being played in Jodhpur in which Bhilwara Kings came out triumphing and reached the finals of the league.

Also read: Jasprit Bumrah Says This After Being Ruled Out Of T20 World Cup

Bhilwara Kings will be facing India capitals in the Final of the Legends League. This is the first final for Bhilwara kings in the tournament.

William Porterfield also scored beautiful 60 runs for Bhilwara Kings with the help of which the team chased down the target in just 18.3 overs.

Before the second innings, Kevin O’Brien and Yashpal Sharma hit important 40s for the Giants after a solid start from opener Tillakaratne Dilshan.

Chris Gayle failed to perform his magic as he was run out on just 5 runs.

The Final of this season of Legends League Cricket will be played on Sunday in Sawai Mansingh Stadium Jaipur.

Bhilwara Kings will lock horns with India Capitals to take the trophy home.