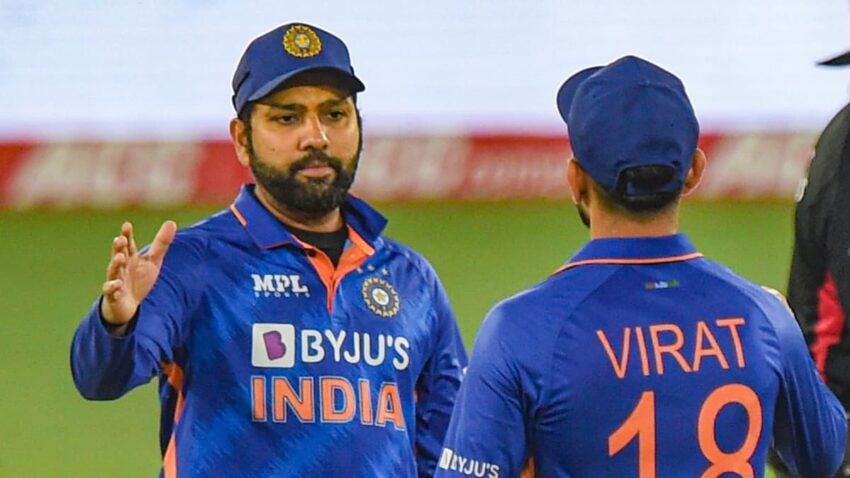 The three-match series against Australia will see its 2nd and 3rd match on 23rd and 25th September respectively. The Indian team reached Mohali on Saturday which is the venue for the first match.

Mohd. Shami out of the Series

On Saturday, reports broke out that veteran Indian pacer Mohammed Shami has been ruled out of the series as he is covid infected. Shami who has been included in the T20I team for almost a year will be replaced by Umesh Yadav.

Umesh Yadav last played a white ball match for India in 2019 since then he has only made appearances on the Test side of the team.

Coming back to the press conference, Rohit Sharma when asked about Virat Kohli’s batting position said “It is always nice to have options available for you. It is important going into a World Cup that you have flexibility. You want the players to be in the best shape batting at any position. When we try and do something new, that does not mean that’s a problem,”.

Further on Virat, he said “For us, we understand the quality of all our players and what they bring for us. But yeah, it is an option (Virat Kohli opening) for us, we will always keep that in mind. Since we have not taken the third opener, he opens for his franchise in the IPL and he has done really well, so it is a definite option for us,”.

KL To Be First Choice Opener:

Rohit however made it clear that KL Rahul is the 1st choice opener of the team for the world cup “Virat Kohli is our third opener and he will open in some of the games. In the last match of the Asia Cup, we were happy with the way he played. But KL Rahul will open the batting in the World Cup, his performance sometimes goes quite unnoticed.”.

India Squad for Series Against Australia:

Follow for more Sports Updates and If you are a fantasy sports fan, Download our Mobile App