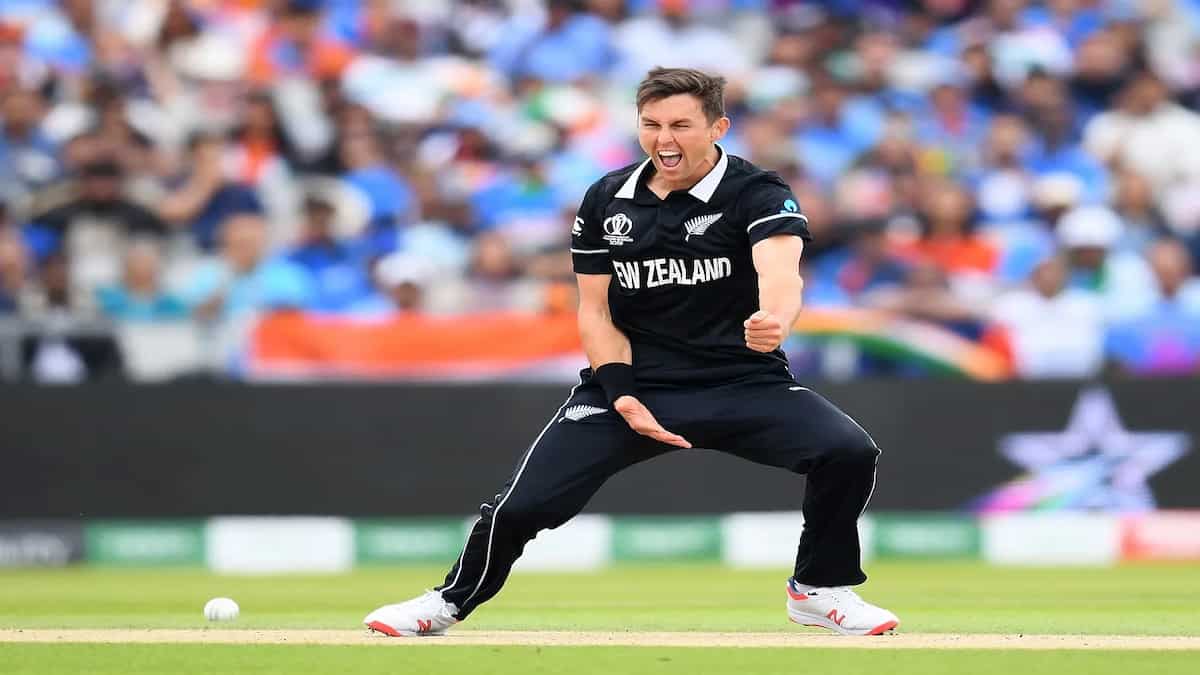 The international packed schedule in cricket has been in talking for a good time now. Players have taken a break from cricket time and again owing to the hectic schedule of matches due to which they haven’t been able to spend time with their family and loved ones.

Another player has bowed down due to this packed schedule and he is from New Zealand. Kiwi pacer Trent Boult has requested the New Zealand cricket board to not add him to the team’s central contract as he wants to spend more time with his wife and three children.

The New Zealand cricket board has agreed to the call of Trent Boult and released him from his central contract. Though Boult is expected to take part in the T20I world cup, his move of taking a break can have huge implications on New Zealand cricket in the future. Trent has also confirmed his participation in different leagues across the globe which means he will have the least availability for the Kiwi nation in its international fixtures.

Trent Boult has expressed gratitude towards NZC for their support and said that he would cherish every achievement of his in the past 12 years he played for the Black Caps.

“This has been a really tough decision for me and I’d like to thank NZC for their support in getting to this point,” Boult said. “Playing cricket for my country was a childhood dream and I’m so proud of everything I’ve been able to achieve with the Black Caps over the past 12 years,” Boult said in a statement released by NZC.

Boult also stressed that he has taken this decision to spend more time with his wife and kids.

“Ultimately this decision is about my wife Gert and our three young boys. The family has always been the biggest motivator for me and I feel comfortable with putting it first and preparing ourselves for life after cricket,” he added.

The packed international schedule has been in talks for a good time now and players have been dealing with it on a regular basis. This is why rotation policy in some teams is gaining popularity which intends to keep players fresh for big games.