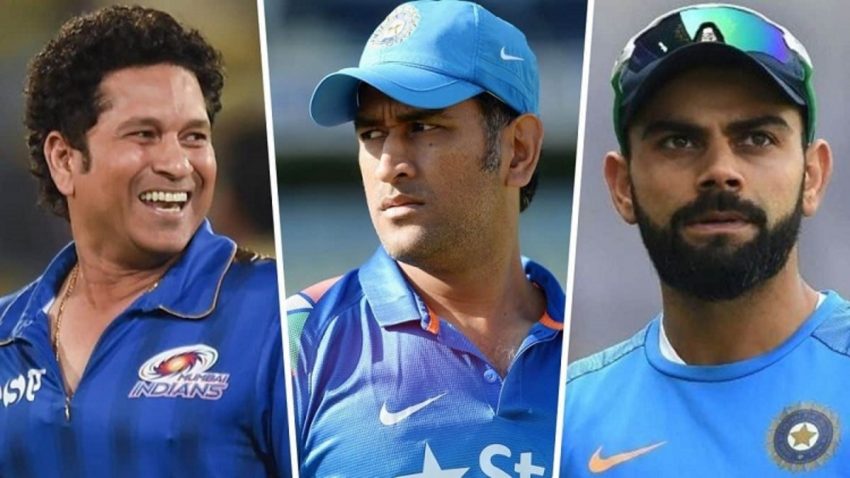 Although the game of cricket remains rather limited in terms of its charm, several of these cricketers are among the highest-paid sportsmen in the world. With a large portion of the densely populated Asian subcontinent enthusiastic about the game, commercial expansion was always a possibility, but it took some time to materialize. Top Richest Cricketers in The World see below.

The rise of T20 cricket, particularly the Indian Premier League (IPL), has played a significant role in broadening the game’s financial horizons. This event has generated enormous cash from broadcasting, advertising, and ticket sales, and financial analysts predict that it will only grow in the following years.

Top Richest Cricketers in The World

Also Read: Most Runs In Each Season Of BBL Till Now

Sachin Tendulkar, the greatest batter of all time, is the richest cricketer in the world, with a net worth of Rs 1,296 crore ($170 million). Tendulkar, one of the world’s most famous cricketers, was the first to sign an INR 100 crore agreement after being named MRF’s brand ambassador.

Aside from MRF, the former Indian opener was the face of other brands, including BMW, Adidas, Pepsi Co, Castrol, Paytm, and many more. He was the most marketable cricketer of the 1990s, and as a result, he received several commercial sponsorships.

Former Indian captain Mahendra Singh Dhoni is the only skipper to have won all three ICC trophies: the T20 World Cup, the ICC Champions Trophy, and the ICC World Cup.

MS Dhoni was a real heir to Sachin Tendulkar’s marketable image, emerging as the largest face for commercial sponsorships just a few years into his international cricket career.

Former India captain Virat Kohli may be the most popular cricketer in the world, having acquired superstardom in a relatively short period of time. He has valued at Rs. 701 crores ($92 million).

Virat Kohli, in addition to being one of the best cricketers in the world, has built a strong commercial brand for himself over the years. He is a brand ambassador for a number of well-known companies, including Audi, Google, Manyavar, Hero Moto Corp, Colgate, Puma, and Myntra, in addition to his own fashion labels, Wrogn and one8.

Former Australian captain Ricky Ponting was one of the best cricketers in the world during his prime and accumulated a fortune in the process. His tremendous popularity in cricket won him endorsement deals with worldwide brands such as Adidas, Rexona, Kookaburra Bats, and Pura Milk.

He has a net worth of Rs 533 crore ($70 million), ranking him fourth among the top ten richest cricketers. This comes as no surprise given his phenomenal success with the Australian cricket team and the image he has built in international cricket.

Former West Indies captain Brian Lara is one of the greatest stars in world cricket and continues to represent several products. He is the fifth richest cricketer in the world, with a net worth of Rs 457 crore.

Brian Lara played international cricket for 17 years and scored over 10,000 runs in both forms. Because of his fame, he was able to secure a sponsorship arrangement with MRF tires, as well as other brand sponsorships.

Shane Warne’s tragic death provided the world with a retrospective look at how huge a presence he was, and the Australian icon is among the richest cricketers in the world.

His net worth was $50 million (INR 381 crore), and he sponsored businesses like Pepsi, McDonald’s, and Victoria Bitter, among many others. After finishing his cricket career, he worked as a pundit for several networks. He died while on vacation in Thailand at the age of 52.

Jacques Kallis is often regarded as the greatest Proteas cricketer of all time, despite being one of the game’s best all-rounders. With a net worth of $48 Million.

Kallis is the only cricketer to have scored 10,000 runs and taken 250 wickets in Tests and ODIs, and he was the highest-paid South African cricketer until AB de Villiers entered the fight.

Virender Sehwag was one of the most well-known personalities in the country and hence ranks high on the list of the world’s richest cricketers. His net worth is $40 million (Rs 304 crore).

Yuvraj Singh, the ICC World Cup 2011 Player of the Tournament, is one of the best all-rounders in ODI cricket and has become a national legend after overcoming several difficulties to reach the top.

He has a net worth of $35 million (Rs 266 crore) and has worked with brands such as Pepsi, Reebok, Cadbury, Royal Mega Stag, Benz, and Laureus.

He is also regarded as one of the top ODI players in India after Sachin Tendulkar and Virat Kohli.

Former Australian all-rounder Shane Watson made his name after playing a crucial role in Australia’s World Cup success in 2007 and Rajasthan Royals’ IPL success in 2008. The right-handed batsman quickly became one of the best cricketers for brand endorsements.

Shane Watson has a net worth of $30 million and is a household name in the IPL, having won the trophy with Rajasthan Royals and Chennai Super Kings. Some of his brand endorsements include Gunn & Moore, TAG Heuer, Asics, Golden Circle, and American Express among others.