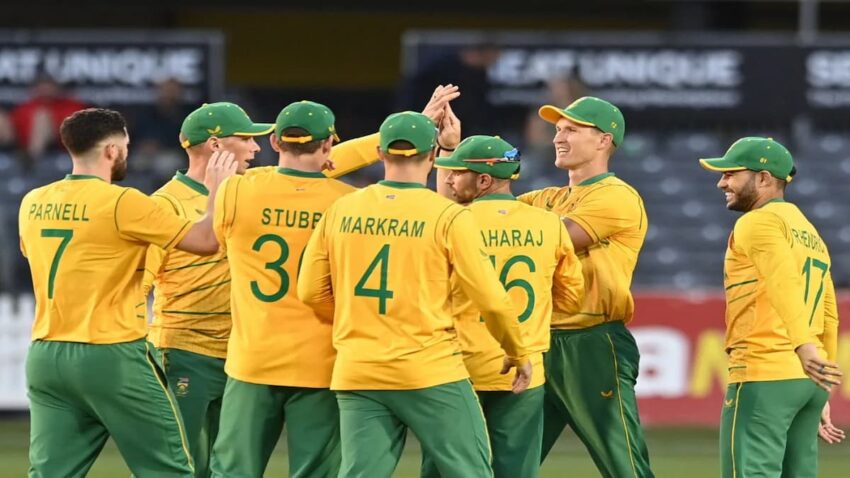 The upcoming T20 World Cup 2022 is just a month away and for the same, South Africa has announced the 15-member squad. Rassie Van Der Dussen who has been an integral part of the team for a few years has been left out due to a finger injury. The medical team is looking at the batter and he will surely miss the tournament.

Cricket South Africa has not made any significant changes in the squad. Temba Bavuma has been retained as the captain of the side. Rillee Rossouw has also been added to the squad along with Wayne Parnell and David Miller.

The pacer department will be led by Anrich Nortje and Kagiso Rabada along with Lungi Ngidi. The team has 2 options of all-rounders namely Dwaine Pretorious and Wayne Parnell. The other batters in the team are Heinrich Klaasen, Reeza Hendricks and Aiden Markram.

As expected, the spin bowling option is in the hands of Tabraiz Shamsi and Keshav Maharaj. The young sensation Tristan Stubbs who is making headlines for his fearless batting in different T20 leagues has also been added to the squad.

Last year when the T20 World Cup was held in UAE, South Africa managed to win some decent games but failed to make it into the playoffs. Now the team is looking more settled and the inclusion of experienced players like David Miller, Wayne Parnell, and Rille Rossouw.

Some giants like Australia and England have already announced their squad. This year Australia will not only host but also look to defend its title. They won their maiden T20 World Cup trophy last year by beating New Zealand in the final.