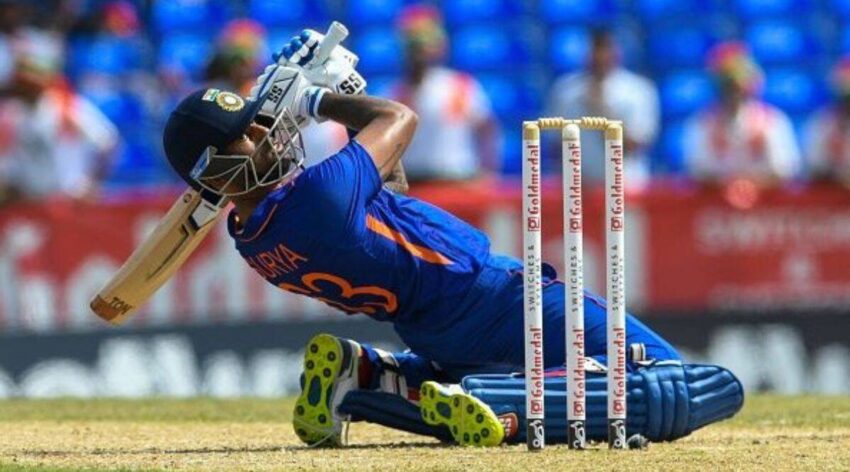 Suryakumar Yadav came up with an epic reply when a journalist asked the right-handed batsman if he was being typecast as spin bowling demolisher.

His role in the team and his place at number four can conclude that the team is saving him for the powerplay to get over and spinners to come on to him.

To this fact brought up by the journalists, Surya who is always in a good and light mood around the press conferences replied, “Sir, do chakke toh fast bowler ke against bhi maare toh thoda credit banta hai, kya bolte ho? (“I have hit two sixes against fast bowlers also, so I should get a little credit for that, what say?)” he said with a giggle before going on to add that he is comfortable batting in any position. “I’m very flexible, no particular role. Actually, I plan for every situation. I am flexible to bat in anywhere, whichever number I’m asked to bat, I know I just have to do my role and I am happy to do it.”

When Surya was asked about the leakage of runs from returning Harshal Patel and Bhuvneshwar Kumar, he said,

“He is very deceptive. I don’t bat in net sessions much, but as much as I have played him and also Bhuvi (Bhuvneshwar) bhai is also difficult to decipher…

“But Harshal’s slower balls and his different variations are really deceptive and he has just come from an injury, so this much benefit of the doubt should be allowed.”

Harshal Patel was playing his return match where he was hit for 49 in four overs. Asserting t India’s aggressive approach in batting as the Asian side has more than 200+ totals than any other side in the world.

SKY said, “Assessing the pitch is very important. Everyone is playing their role, they know their responsibility, and what they have to do in different situations. The openers know their role really well and then it comes down to middle order how we need to set up the game of what they have to do so, and it was set up well by the finishers, everything is going on really well and we will look to do it again and again,”