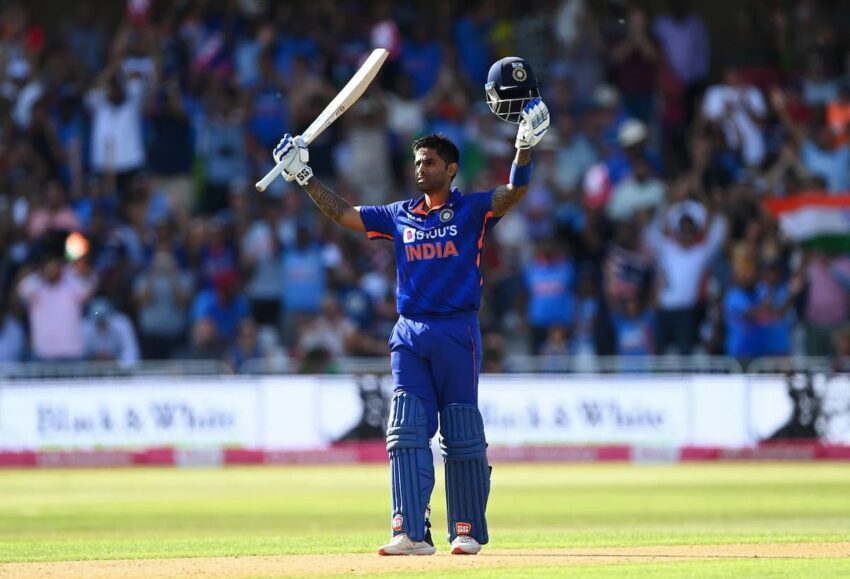 On Wednesday, ICC  updated its player rankings for T20I cricket in which Pakistani opener Mohammad Rizwan retained his first position.

Suryakumar Yadav hooped one spot up and overtook the second Pakistani Opener, Babar Azam, after playing a blinder 25 ball 46 against Australia in 1st T20I.

Also read: India vs Australia 2nd T20I: India Will Look For Recovery As Australians Threw Them Down

South African Batsman Aiden Markram maintained his second position on the list. He will be representing Sunrisers Eastern Cape in the Inaugural season of the CSA T20 league with his compatriot Ottneil Baartman.

Currently, India is playing Australia in a match T20I series at home. The first match of the series took place on 20th September in which Australia came out on top.

Even though India lost the match against Australia, Indian batting came with some fireworks on the ground.

Hardik and Kl Rahul scored half-centuries with an important contribution by Suryakumar.

The second match of the series will be played on 23rd September in Nagpur, a venue that has one of the flattest pitches in the country if not the flattest.

Nagpur will also expect some bolting from both Indians as well as Australians who chased 208 in the 1st T20 with the help of Cameron Green’s half-century and Matthew Wade’s lightning cameo.

Pakistan after their loss in the finals of the Asia Cup was looking to ease their pain against England However, The Englishmen came out all guns blazing and beat Pakistan by 6 wickets in the 1st T20I.

Babar Azam who scored 26 runs in 5 matches in the Asia cup scored a bit relieving 33 against England.

Mohammad Rizwan continued his Purple Patch and scored a half-century.