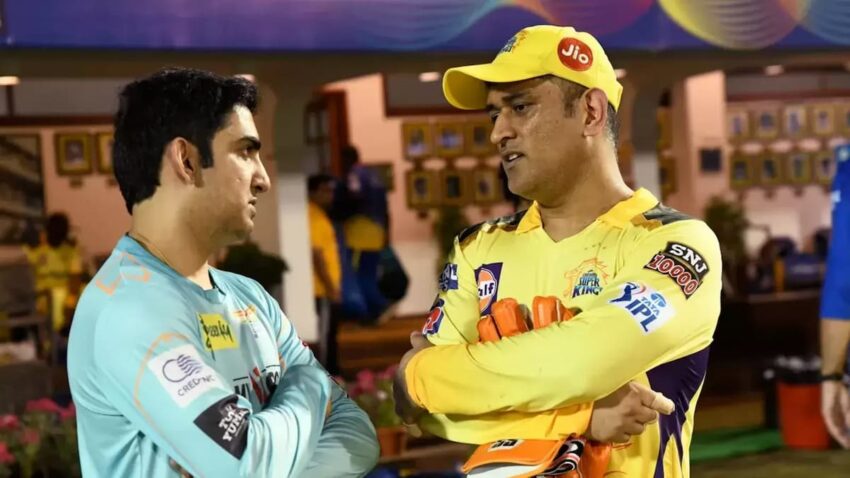 As per Gautam Gambhir, Fans should not worship players like Virat Kohli, Mahendra Singh Dhoni, and Kapil Dev. The Culture which was started after India’s heroics in the 1983 World Cup as per Gambhir led to ignorance towards other players’ contributions to the team.

Former Indian Opener and the hero of two world cup winning finals Gautam Gambhir have recently made a statement saying that the ‘Hero Worship’ culture of our country should be stopped. He said that not just fans, experts, ex-cricketers, and broadcasters are also responsible for creating this monster.

In a conversation with Indian Express, Gambhir was speaking about his political career after leaving cricket of all sorts. When asked a question about the personal brand of cricketers, Gambhir Said “Don’t create monsters in the dressing room. Only monsters should be Indian cricket, not an individual”.

Further, he added, “Do you think that this whole hero worship chokes the next star to come up? Nobody has grown in that shadow. It was Mahendra Singh Dhoni earlier, it is Virat Kohli now,”.

While making his point about the culture, Gambhir gave a recent example of the India vs Afghanistan game in the Asia Cup in which Virat Kohli made an international century after 1021 days which was a huge event and almost every cricket fan in India, as well as the World, celebrated its but Gambhir’s problem was not that. His issue was that a similar contribution of equal importance was made by Bhuvneshwar Kumar who went completely under the carpet. Kumar took a 5-wicket hall in the match which helped India thrash Afghanistan by a huge margin.

Gambhir went on to speak about the Hero Worship “Who created that? It is created by two things. First, by social media followers, which is probably the fakest thing in this country because you are judged by how many followers you have. That is what creates a brand.”

Who is to blame?

“Second, by the media and the broadcasters. If you keep talking about one person day in and day out, it eventually becomes a brand. That is how it was in 1983. Why start from Dhoni? It started in 1983. When India won the first World Cup, it was all about Kapil Dev. When we won in 2007 and 2011, it was Dhoni. Who created that? None of the players did. Nor did the BCCI. Have the news channels and broadcasters ever spoken about Indian cricket? Have we ever spoken that Indian cricket needs to flourish? There are more than two or three people who are stakeholders of Indian cricket. They don’t rule Indian cricket, they should not be ruling Indian cricket. Indian cricket should be ruled by the 15 people sitting in that dressing room. Everyone has a contribution to make … … I’ve never been able to follow anyone in my life. And that has been my biggest problem. The media and the broadcasters create a brand, no one else creates a brand.”