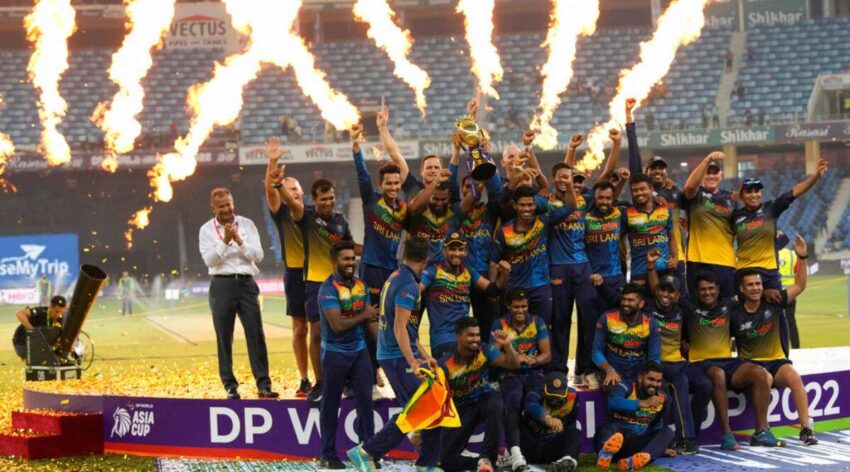 Sri Lankan Cricket Board (SLC) on Friday announced their 15-member squad for the upcoming T20 World Cup in Australia next month. The tournament will start on 16th October and will see its closing on 13th November. The Sri Lankan team won the recently concluded Asia Cup and that too in extraordinary circumstances for their country hence the team garnered a lot of praise from all around the cricketing world.

From Underdogs to Champions:

At starting of the Asia Cup, there were not many expectations from the Lankan team as the kind of they were coming with was poor to be mild to them and it will not be a wrong statement to say that they were underdogs in the tournament. Especially, with the horrible start, the team got against Afghanistan when they bundled out at a score of 105, the expectations from the team were on the verge of dying. But what happened later was nothing less than incredible, they first beat Bangladesh in a last-over thriller and passed on to super 4s. The Sri Lankan team further went on to beat India once and Pakistan twice to win the Asia Cup and prove the world wrong about them.

Changes in the Squad for the World cup from the Asia Cup team:

Except for Pathirana and Nuwan Tusara, there are no changes in the squad in the world cup team for Srilanka as compared to the Asia Cup. Players like Bhanuka Rajapaksa, Captain Dasun Shanaka, and Hasaranga will be the players to watch out for in the world cup as they will carry the hopes of their nation to Australia. Senior Player Dinesh Chandimal has been kept in reserve for the world cup.