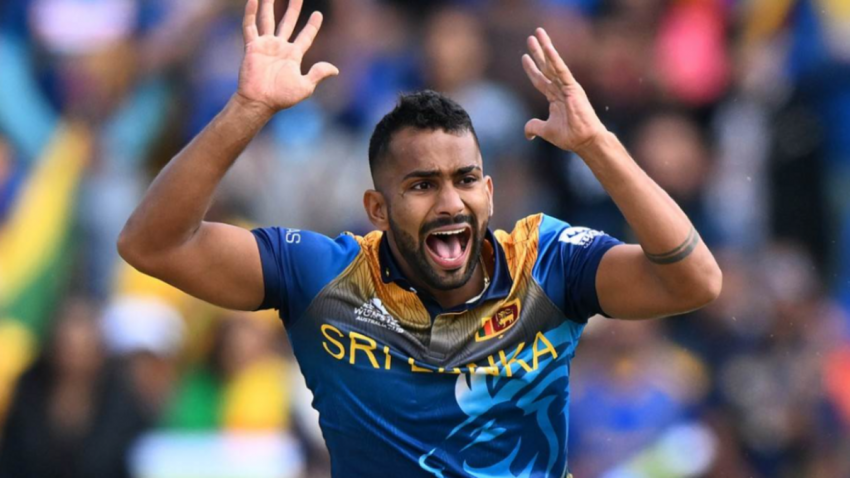 Sri Lanka Cricket (SLC) on Wednesday imposed a one-year suspension on all-rounder Chamika Karunaratne for several Player Agreement violations during the just-concluded T20 World Cup in Australia. Sri Lanka’s win at the Asia Cup earlier this year depended heavily on Karunaratne. Following a disciplinary investigation, Karunaratne pleaded guilty to all of the charges brought against him by the SLC Executive Committee. SLC Suspends Chamika Karunaratne; see below.

Roshan Ranasinghe, Sri Lanka’s Minister of Sports, instructed the Director General of Sports to request a report on Chamika Karunaratne’s exclusion from the Sri Lanka ODI team facing Afghanistan on November 23. The squad hasn’t been formally introduced by the board yet for this reason. In preparation for the one-day international series that begins on November 25 at Pallekele, Kandy, the Afghanistan team arrived in Sri Lanka yesterday.

“Sri Lanka Cricket wishes to inform that Mr. Karunaratne has pledged guilty to all charges leveled against him at the disciplinary inquiry carried out by the three-member inquiry panel into the allegations of violations by the nationally contracted player, Chamika Karunaratne, for breaching several clauses in the Player Agreement during the recently concluded ICC T20 World Cup held in Australia,” SLC said in a statement.

A squad for the Afghanistan series has not yet been approved, according to sources inside the Sports Ministry, due to many reservations surrounding many questionable selections, including the departure of all-rounder Chamika Karunaratne.

“Following the aforementioned conclusions and recommendations of the inquiry panel, the Executive Committee of SLC imposed a one-year ban on participating in any form of cricket, with the proviso that the ban will be deferred for the same amount of time.”” Additionally, Mr. Karunaratne was fined USD 5,000 in addition to the previously mentioned suspended sentence, according to SLC.”Given the gravity of the violations committed by Mr. Karunaratne, the Inquiry Panel by its report has recommended to the Executive Committee of the SLC to strongly caution the player to refrain from further violations and to impose a punishment that will not have an effect on his cricketing career,” the SLC continued.