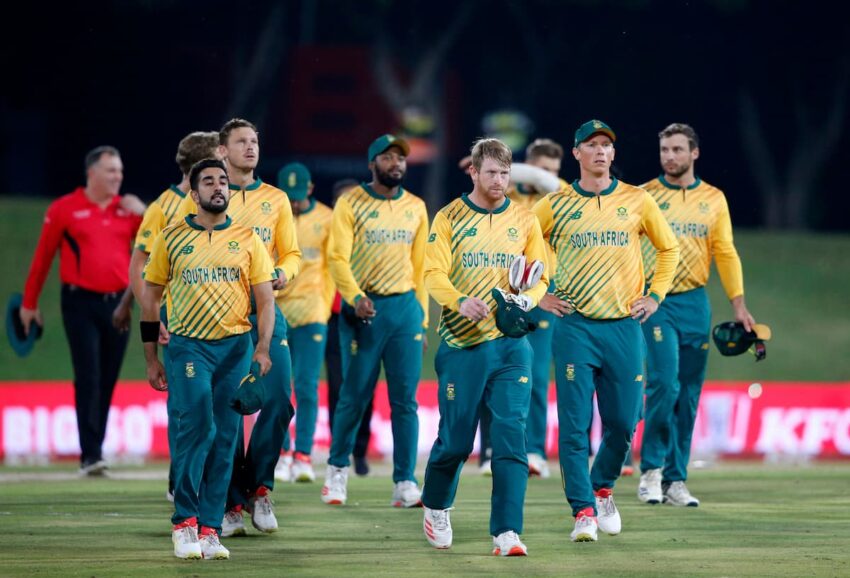 South African Board of Cricket recently announced their squad for the T20 world cup in Australia next month. Infamously known as chokers, the team will try to turn the wheel on their luck. The team however misses out on the Backbone of their middle order in recent times Rassie van der Dussen owing to a finger injury.

The team will try to replace Rassie however his impact on the team in recent times will be hard to impersonate. Dussen was the highest run scorer for the team in the T20 world cup of 2021.

Temba Bavuma who will be leading the team next month has returned to the squad which might bring the squad some confidence.

Emerging talents like Tristan Stubbs have been included in the squad to provide some firepower in the middle order. The 22-year-old represents Mumbai Indians in IPL and has played some incredible innings both in International and league cricket.

South Africans will start their campaign against the winner of Group B winner on the 24th of October. India and South Africa high voltage match will be on 30th October.

3 Players to Watch out for:

Tristan Stubbs – a 22-year-old middle-order batsman with his ability to easily hit sixes out of the park can be an X-Factor for the South African team in the world cup.

Aiden Markram – This classy opener was the second-highest run-scorer for SA in last year’s T20 World Cup with the highest strike rate.

Kagiso Rabada – Rabada with his consistency and speed can be an asset for any team in Australia let alone South Africa and hence he can be the flag bearer for the South African team to win the World Cup.