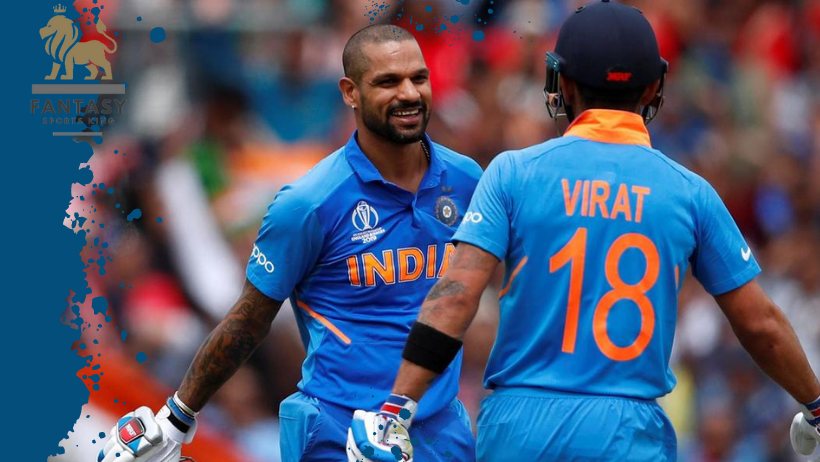 IPL 2022 is underway, and the tournament’s second half has begun, Punjab Kings faced Chennai Super Kings in the 38th match of the IPL 2022 season. Shikhar Dhawan played outstandingly and led his team to victory. Thus, PBKS defeated CSK by 11 runs.

Furthermore, PBKS opener Shikhar Dhawan scored 88 runs in 59 balls at a strike rate of 149.15, which itself is his highest score by Dhawan in the IPL 2022 so far. Besides, he completed three milestones in this blockbuster IPL match. So, let’s look at some of Dhawan’s historical landmarks.

Against CSK, Shikhar Dhawan became the 8th player to complete the 200th match in IPL. Apart from that, Shikhar Dhawan had a superior encounter, scoring 88 runs in 59 balls, including nine fours and two sixes. He will definitely remember this match because he accomplished four milestones in a single game, which is incredible.

Dhoni was also the first player in IPL history to finish 200 matches, ahead of Dinesh Karthik, Virat Kohli, Rohit Sharma, Ravindra Jadeja, Suresh Raina, and Robin Uthappa. Dhoni has also played 228 games in total, which puts him at the top of the list.

On the other hand, Shikhar Dhawan has many more seasons ahead of him. As a result, he has a fantastic opportunity to create a one-of-a-kind record. Finally, have a look at the next IPL tournaments.

Shikhar Dhawan, a left-handed batter, finally reached 6000 runs in the Indian Premier League and achieved his historical milestone. He’s also known as “Gabbar,” the batsman who always started the game with a bang and produced magnificent and powerful shots.

So far, he’s appeared in 200 matches and scored 6086 runs. He has two centuries under his name, as well as the notorious 46 fifties. Furthermore, his average remains at 35.18, which is rather good. In addition, Virat Kohli has 6402 runs in 215 games, putting him ahead of Shikhar Dhawan.

In addition, he has 587 and 618 runs in the IPL 2021 and 2020, respectively. Meanwhile, Dhawan is also a fantastic player who has helped India attain tremendous success. So he achieved his special milestone by scoring two runs and became the second player in IPL history to score 6000 runs.

Everyone in India knows Shikhar Dhawan for his excellent performance. Thus, in his latest appearances against CSK, he achieved 9 runs and hit the milestone of 9000 runs in T20 cricket. So far, he’s been surpassed by ten players. Furthermore, Chris Gayle leads the way with 14562 runs, followed by Shoaib Malik on 11698.

More intriguingly, there are two Indians on the list: Virat Kohli (10392 runs) and Rohit Sharma (10048 runs). As a result, Shikhar Dhawan became the third Indian and the 11th player in t20 history to reach the landmark of 9000 runs.

In addition, the Shikhar Dhawan t20 world cup record is also excellent. He has several times played the winning stroke for India. At the same time, he can perform in any situation or tournament, from the IPL to the upcoming T20 World Cup 2022. So let’s see Shikhar Dhawan’s bat wizardry. Hence, hope for some more magnificent innings in this IPL 2022 tournament.

Shikhar Dhawan surpassed another milestone after blasting the bowlers for nine fours and two sixes against CSK. This substantial player achieved his goal, becoming the first Indian player in T20 history to outpace 1000 boundaries. On the other hand, Chris Gayle, Alex Hales, David Warner, and Aaron Finch have already topped this milestone.

Further, Christopher Gayle has hammered 1132 boundaries, which are considered unbreakable. However, Shikhar Dhawan IPL performance has the potential to surpass that of Chris Gayle. Furthermore, Alex Hales has 1054 boundaries throughout his career, while David Warner has 1005 boundaries.

Meanwhile, he demonstrated his worth by being the fifth player in the IPL to reach this milestone. At the moment, I’m hopeful Shikhar Dhawan continues to smash records and make India proud.

Shikhar Dhawan has 302 runs in 7 innings at an average of 43.14 in the IPL 2022. In addition, he has two half-centuries to his credit, with eight enormous sixes and 30 fours. Aside from that, he has a 132.46 strike rate. His second-highest runs were in the ipl 2022 game against MI, where he smashed Mumbai Indians bowlers. He was dismissed for just nine runs in his preceding innings, bowled by Lalit Yadav.

Meanwhile, he performed well in the match against CSK and acquired the three milestones listed above. With these milestones, the fans will undoubtedly love “Gabbar”. Thank you for taking the time to read my list.