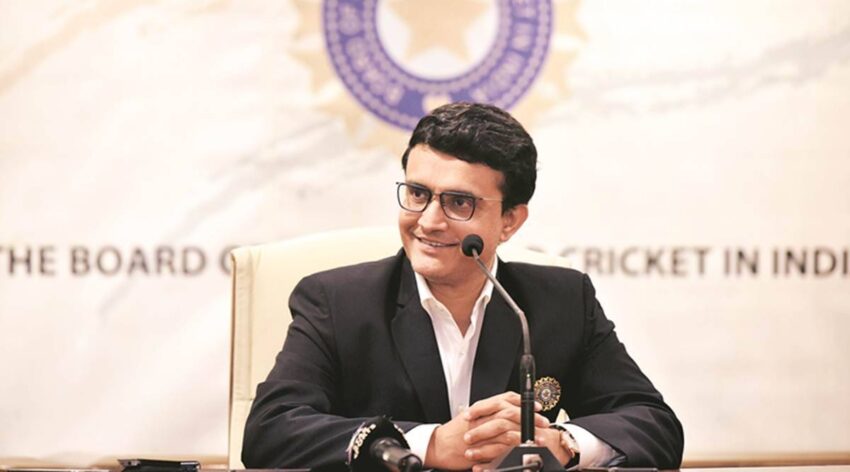 BCCI president and former Indian captain, Saurav Ganguly spoke on the criticism that the current Indian management has faced in the last few months. He opened up about his thoughts on Rohit Sharma and Rahul Dravid’s duo at the top.

Indian management has been under the hammer for a long time and Rohit Sharma despite winning the series has been passed the curse of chocking in the knockouts and important matches.

India has not won an ICC trophy since 2013 and Indian team on the other hand grew stronger and stronger every next match.

The team that is the best there ever could be on the paper is losing matches from a winning position through sloppy fielding, or hard luck many times.

All these criticism has not not a rung a bell in the ears of BCCI chief.

Saurav Ganguly in an interaction with press said, “Rohit Sharma has a winning percentage around 80, India has lost few matches but Rohit has lead around 35 games and lost just 5 or 6 in last one year – I am sure they will improve more under Rohit & Dravid so I am not much worried”.

Ganguly is pleased with Indian management at the moment and is counting on winning the T20 World Cup. While other asian teams like Sri Lanka and Pakistan are shoeing seeing form with Australia and England also on the rise tide, T20 World Cup will be a rough ride and Rohit Sharma and Rahul Dravid are the perfect duo to stear through this strom.