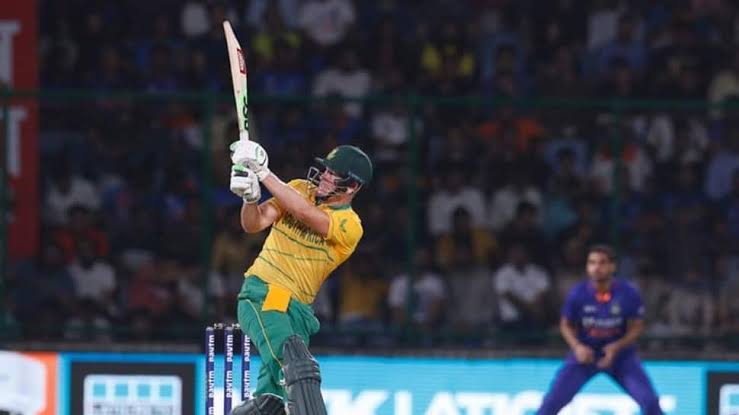 After India won the 2nd T20I against South Africa by 23 runs. It was all good and done for the blues till David Miller was there on the crease.

Miller scored a well made century (106*) on whose back the Proteas opener Quinton de Kock came this close to the target.

KL Rahul and Suryakumar Yadav also played inning turning knocks and there fifties changed the course of the inning for India a lot.

This warrior knock was appreciated by Rohit Sharma and Virat Kohli along with the rest of the Indian team duly as the Proteas completed there innings.

David Miller scored 106 runs of 47 balls. Miller’s batting masterclass lifted the Proteas to 221-3 in 20 overs. Miller also became the first player to score multiple centuries while batting at the No. 5 position in the shortest format of the game.

“It was a great wicket, and India put us under pressure from the start. We had to go from ball one and the freedom allowed us to express ourselves. It is raining out here and has been a bit wet (humidity). Was just taking as much water as possible,” Miller said after the match.