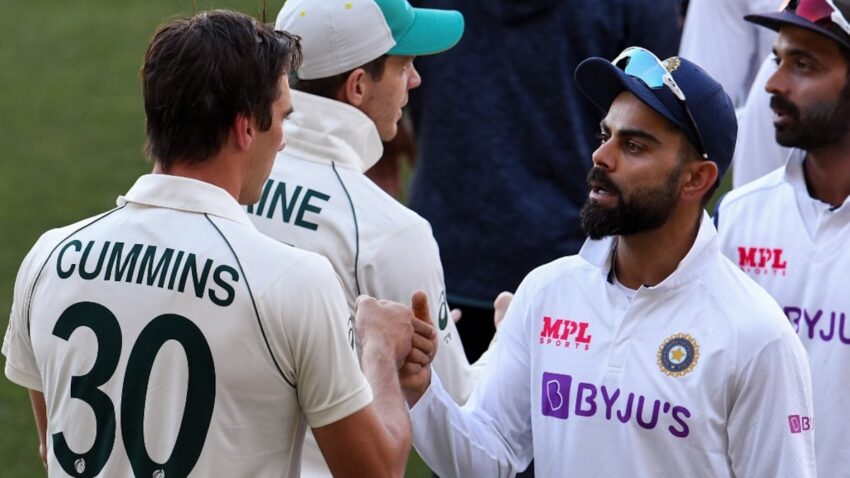 Pat Cummins will lead the Australian squad to the T20I series against India starting on the 20th of September and has something to say about the Indian batting giant Virat Kohli.

Asia Cup 2022 was a disaster if we talk about the Indian perspective as we lost back-to-back matches to Pakistan and Sri Lanka making an early exit from the tournament.

These matches however went right down to the wire and the whole world watched the quality of cricket these Asian sides had to offer. However, a blessing in disguise came for India as Virat Kohli found his form back hitting a century against Afghanistan and 2 half centuries prior to that always keeping the Indian side in the contest till the very last ball.

Pat Cummins shared his feeling about Virat’s hundred and how this changes their approach to the tournament. Cummins said, “To be totally honest, I didn’t see any of that tournament. I think Sri Lanka won? Honestly, I didn’t see any of it. I saw Virat Kohli, I think he scored a hundred, yeah he’s a class player, he was always going to return to form at some point in time. He’s going to be a challenge this next week.”: Cummins replied to a query from the media.

Cummins expressed his concerns regarding the tour as the 29-year-old has ample experience playing on the sub-continental pitches and performing with both bat and ball on them.

“I think a lot of games in India are played at a different pace as compared to Australia, the boundaries are normally a bit smaller. I think you need to adapt really quickly, you will have some days where the wicket is a bit slower, then cutters, and those types of things are really important for the bowlers. So, everyone here has played a lot in India and everyone understands it. It is a format you have to be up for, and if it does not work on the day, then you need to move on quickly from it.” he added.

He also talked about his feeling regarding the retirement of Aaron Finch from ODIs. The standing Aussie Skipper said, “Just the normal Aaron Finch, he has been great. Had a bit of a chat with him, and he said he’s in a good space. Even in the ODIs, he knew it was a time in his own mind. He seems fantastic, it was only 12 months ago that he led us to a T20 World Cup victory so he is raring to go, and he will be a key player as he always is.”