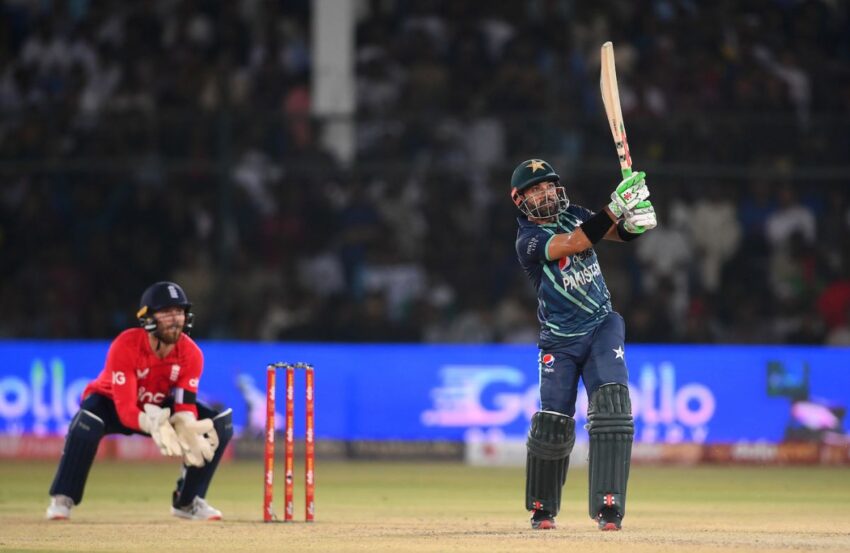 As things happened it was a picture-perfect finish for the men in green. They came they were asked to bowl first, they were given a target of 200, and they conquered the arena and the match by 20 wickets with help of a brilliant century from Babar and a perfect knock from Mohammad Rizwan.

Babar Azam and Moeen Ali met for the toss at Karachi Stadium and the three lions won the toss inviting Pakistan to bowl first.

England came to set a target for the hosts and Knocks from Salt(30), Duckett(43), and the skipper Moeen Ali(55*) helped them reach a good score of 199 in 20 overs with the loss of 5 wickets.

Shahnawaz Dahani took 2 wickets as did Haris Rauf. Naseem Shah was a major missing from the lineup apart from that keeping the pitch in mind, Pakistan did their best to contain the might of the three lions.

None of the bowlers took wickets but Liam Dawson was one who tried to contain the PAK openers and create some chances. Babar Azam is awarded the man of the match for his brilliant century and his coming of form again.