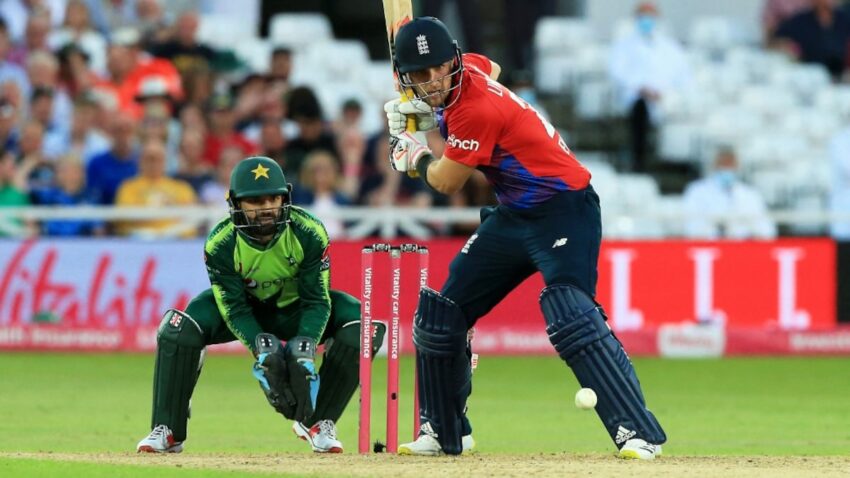 When Pakistan hosted England in the Karachi International stadium for 1st of 7 T20Is, Luke Wood delivered heroics with the ball which was followed by a returning half-century by Alex Hales to win the match by 6 wickets for England.

When Moeen Ali and Babar Azam met in the middle for the toss, it was the visitors who won the contest and invited Pakistan to bat first. Rizwan once again delivered with a well-made half-century, a 68 off 46, and Babar also crossed the 30s but the middle collapsed yet again.

The men in green have still not found any answers to that query. Apart from Iftikhar Khan’s 28 none crossed even the 15-run mark. Pakistan ended up with 158 to defend in 20 overs.

Usman Qadir took 2 wickets to support the PAK bowling efforts which were not good enough though as the frontline bowlers Naseem Shah and Mahammad Nazaz went wicketless in the inning with Naseem leaking a lot of runs to aid the English run chase.

Luke wood was adjusted as the man of the match for his economic and effective bowling in the Karachi International Stadium.