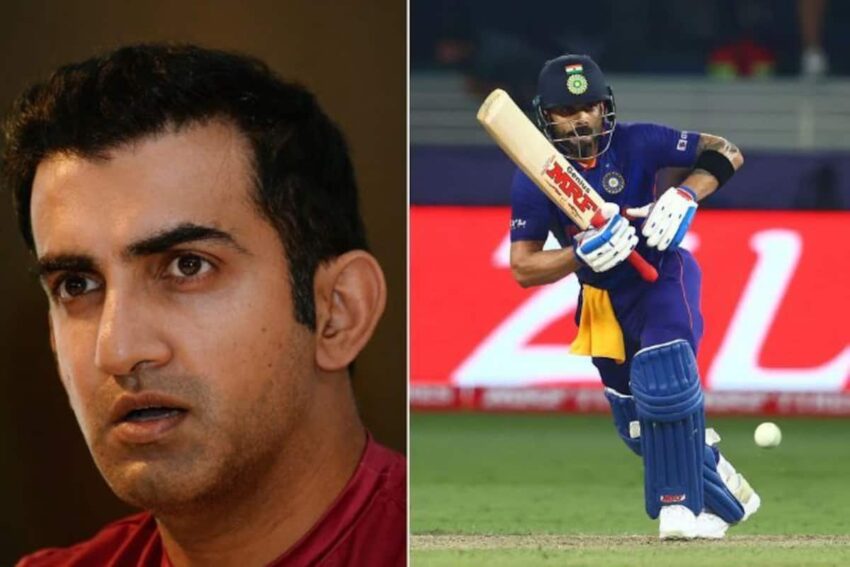 Gautam Gambhir gives his honest opinion about he feels about Virat Kohli and his long awaited International ton. He talked about how only Virat Kohli could have survived this drought when other players got dropped soon after turning the slow route.

Former India captain Virat Kohli on Thursday ended his three year drought of century when he knocked unbeaten 122 against Afghanistan in India’s Super 4 tieup in Asia Cup. It was the moment when kohli raised his bat for a century after 1021 days.

Gautam Gambhir while talking to Star Sports freed his emotions about other players like Dinesh Karthik, Sanju Samson, Ajinkya Rahane, even current Indian skipper Rohit Sharma were dropped from the team when Kohli retained his spot even after 3 years of longing to his desired result.

Gambhir pointed out how Ravichandran Ashwin was dropped from the T20I setup even when he was the highest wickettaker in the format for India.

“Three years is a very long time. It’s not three months. And I’m not trying to be critical of him but he has earned that just because he has got loads of runs in the past. But I don’t think so that any of the young batters would have survived in international cricket had they not got a hundred in three years,” he said.

“Eventually it had to happen and it happened at the right time as well. You are just approaching the T20 World Cup and he’s got a hundred so he has got the monkey off his back. But let’s be fair and absolutely honest, I don’t think any one in the dressing room would have survived three years without a hundred. People like Ashwin, Rahane, Rohit Sharma and KL Rahul have been dropped. I haven’t know one guy who hasn’t been dropped after not having scored a hundred in three years. It is only Virat Kohli and he has earned that.”