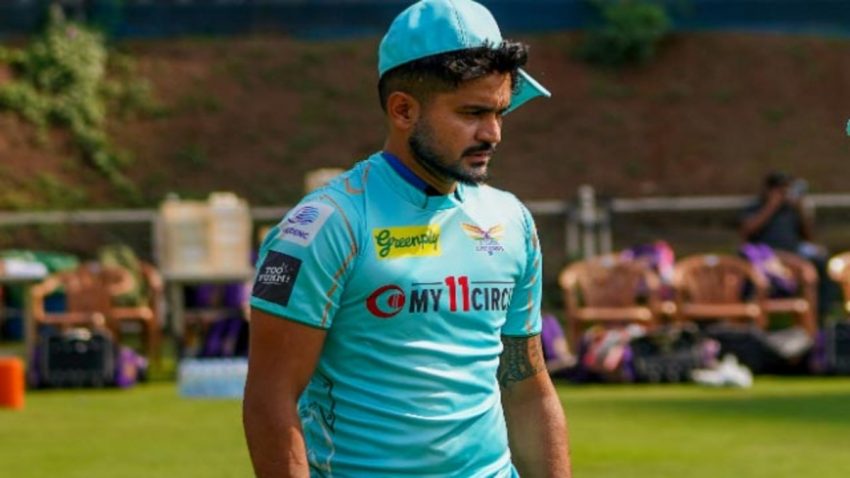 Manish Pandey revealed that he never received a call from his IPL franchise Lucknow Super Giants (LSG) about being released ahead of the IPL 2023 auction and only learned about it when the lists were revealed on television. Manish Pandey Reveals That He Wasn’t Informed about His Release From LSG see below.

While some big names like Kieron Pollard, Kane Williamson, and Dwayne Bravo were not retained, a few Indian players like Mayank Agarwal, Manish Pandey, and Ajinkya Rahane were also unable to regain the trust of their former franchises.

He was selected by LSG for INR 4.6 crores in the IPL 2022 mega auction, but the Karnataka batter struggled in the tournament, scoring only 88 runs in six matches while striking out at 110.

“No, I never got a call. I just got to know about it on the day the list was announced. There was no real communication, but yeah that’s alright. As players, you have to be ready. Because if you are not playing a lot of games, I understand from LSG’s point of view that they wanted to release me and get some extra money in the kitty for some other players or whatever the plan is.”

Pandey has been chastised for his poor strike rate in his previous 2-3 years in the IPL, but he has stated that he is someone who likes to take some balls before getting set, but once that’s done, he likes to go for his shots and that’s how he plays his game.

“Of course, it’s very important. At the same time, I am someone who enjoys spending some time on the wicket. And once I’ve decided, I like to go big.

So that’s how I’ve been acting. And, of course, there are days when your batting doesn’t click or you don’t get many runs. But this is how I play, and I’ll probably try to work on it as much as I can as time goes on. Every day, I want to improve as a player. “This is my strategy,” he added.

Pandey will now have to hope that IPL 2023 finds a new home at the auction on December 23 in Kochi.