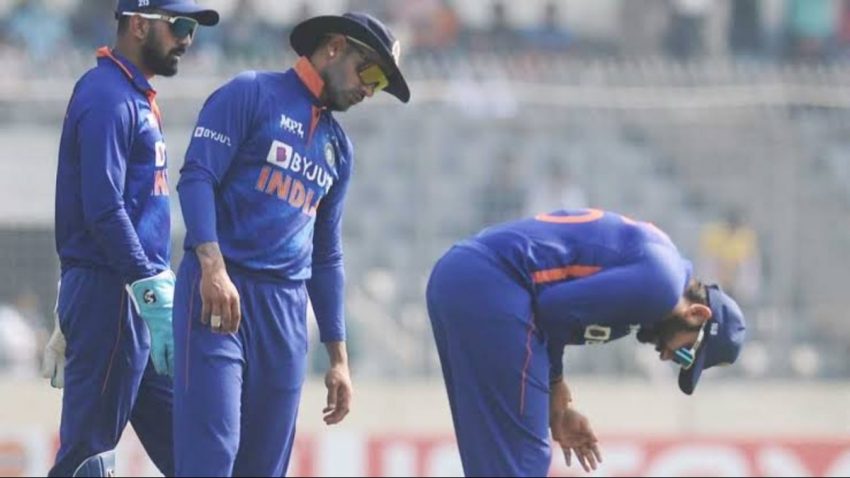 Rahul Dravid, India’s head coach, has confirmed that the trio of Rohit Sharma, Kuldeep Sen, and Deepak Chahar will not play the third and final ODI against Bangladesh on Saturday in Chattogram. IND vs BAN 3rd ODI see below.

The Indian captain was injured while attempting to take a catch during the first innings of the second ODI against Bangladesh on Wednesday in Dhaka. He was forced to leave the field and was transported to the hospital for scans.

Rohit did not take the field anymore but instead batted at No. 9 in India’s 272-run chase. Despite being injured, the Indian captain scored a 38-ball 51, including three boundaries and five sixes, but was unable to lead the team home. India lost the game by 5 runs and the ODI series overall.
As Dravid stated in the post-match press conference, Rohit will travel to Mumbai to consult with medical professionals about his injury. However, his availability for the two-match Test series that will follow the ODIs is uncertain.

“We’re also dealing with a few injuries, which isn’t ideal or easy for us.” Deepak (Chahar) and Rohit (Sharma) will almost certainly miss the next game. Kuldeep has also left the series. Rohit will return to Bombay, consult with an expert, and determine whether he can return for the Test series. “It’s too early to say anything, but all three of them will definitely be out for the next game,” Dravid said in the post-game press conference.

At the post-match presentation, Rohit also discussed the nature of his injury, stating that he had dislocated his thumb and received a few stitches.