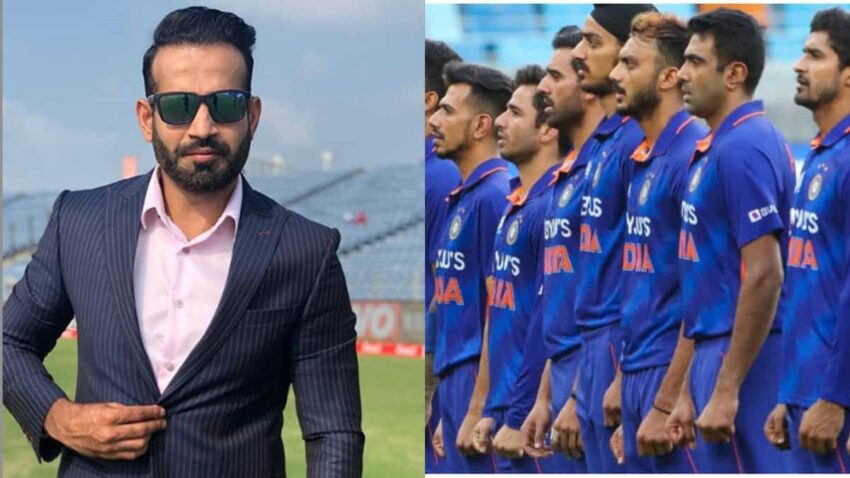 Former Indian all-rounder turned cricket commentator Irfan Pathan on Thursday chose India’s predicted playing XI for the upcoming T20 world cup. He kept Virat Kohli’s batting position at 3rd while axing both Ravichandran Ashwin and Rishabh Pant from the XI. He also said that KL Rahul will be his first-choice opener for the team along with Rohit Sharma.

Since the official announcement of the squad by BCCI after the early exit of the team from the Asia Cup, conversations regarding the playing XI are on a high, as many former players and cricket experts have been predicting their XI’s and also providing feedback on the official squad. Irfan Pathan in his statement chose Dinesh Karthik as the first-choice wicketkeeper instead of Rishabh Pant.

While making the team, Pathan showed trust in the pacers and kept three of them. Keeping the bouncy Australian pitches in mind, Irfan believed that the fast-bowling options might come in much more handy than the spinners. In his XI, Pathan has 5 batsmen, 2 all-rounders along with 4 bowlers. Irfan kept Yuzvendra Chahal as the only spinner in the team.

During the discussion with Star Sports, Irfan said “The team will have to enter the ground with 3 pacers out of which 2 have to be our top bowlers who can save us in death overs. I also have the option of keeping Arshdeep Singh so I think one spinner has to be there in the team, now all I have to see is if I can make a place for Arshdeep in my XI”.

After all the predictions and commentaries, It will be interesting to watch the combination with which the team comes up in the actual tournament.