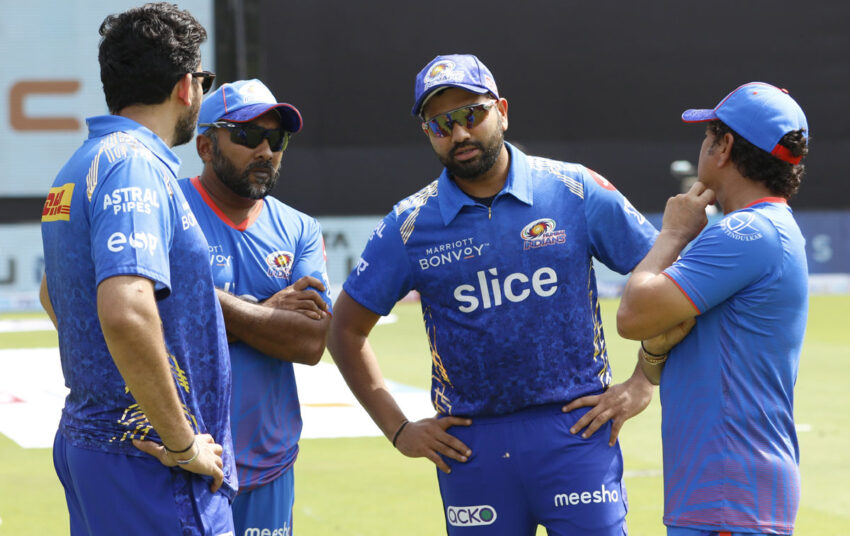 Mumbai Indians announced the appointment of their new head coach in the form of former Proteas and a record-holder wicketkeeping batsman.

After Mahela Jayawardene received a promotion as the new Global Head of Performance, his former post as the Mumbai Indians head coach was vacant and has now been filled by former Proteas Mark Boucher.

Boucher had a long and illustrious career with the RSA cricket team. He still to date holds the record for most test dismissals by a wicketkeeper.

After his retirement, he quickly transitioned into a coaching career as he went on and coached the Titans, a domestic team in South Africa, and led them to 5 domestic titles. In 2019, he was appointed as the Head Coach for the National team and he took them to 11 Test, 12 ODIs, and 23 T20Is victory during his tenure.

Akash Ambani announced the arrival of Mark Boucher with a welcoming message saying, “It’s a pleasure to welcome Mark Boucher to Mumbai Indians. With his proven expertise on the field and off it as a coach guiding his team to numerous victories, Mark will add immense value to MI and take forward its legacy.”

Akash Ambani, the chairman of Reliance Jio Infocomm was seen as very excited as he is envisioning a global brand for MI is currently holding three franchises including the franchises Abu Dhabi Premier League and South Africa T20 League.

Mark Boucher said during his appointment, “It is an honor and privilege to be appointed as Head Coach of MI. Their history and achievements as a franchise clearly put them up there as one of the most successful sporting franchises in all of the world sports. I look forward to the challenge and respect the need for results. It’s a strong unit with great leadership and players. I look forward to adding value to this dynamic unit.”

As MI went global both Mahela Jayawardene and Zaheer Khan got global roles and were promoted. While on one hand, it is not good to see the veterans depart from direct duties, on the other hand, shows promising signs as a veteran and a legend of the sport takes over.

This is not Mark’s first role in the history of IPL as the veteran wicketkeeper also served as the wicketkeeping coach for KKR during the 2016 season but it’s true however though that he doesn’t have experience when it comes to coaching T20 franchise and that too on the form of a most successful team in the history of the most prestigious league in the World.

His decision was unexpected for quite a few but Cricket South Africa CEO Pholetsi Moseki said that Boucher wants to “pursue other interests and opportunities.” So, this is a perfect opportunity for Boucher to be true to his words.