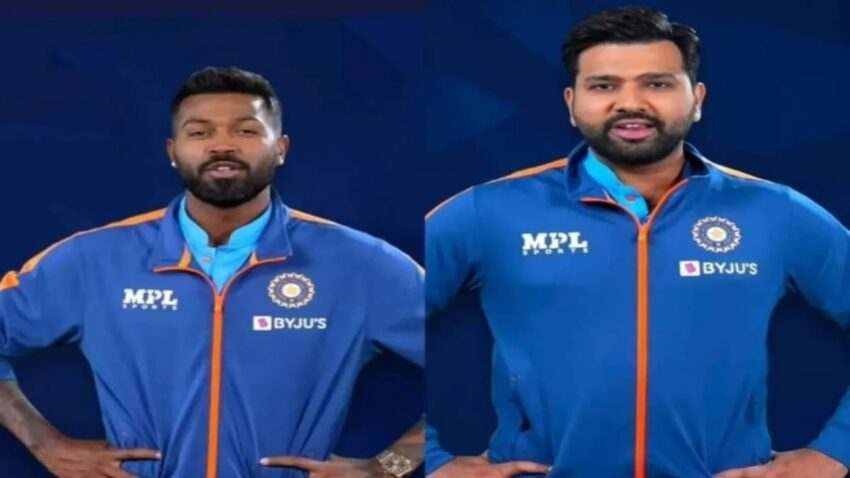 The Indian team is all set to announce a new jersey and fans get to be a direct part of the launch event by BCCI.

On Saturday, The Board of Cricket Control of India (BCCI) announced the launch event for the New Jersey of team. The event will be held in Mumbai and fans can be a part of it through MPL’s application.

The Indian team is all set to excite the fans and give them some joy before the upcoming T20 World Cup next month. The team on Saturday revealed on Instagram about the event which left the fans amazed as well as excited.

The event will be held at 8 PM in Mumbai and has its accessibility online as well. It will be a surprise to see which players participate in the event.

About matches, the Indian team will be playing 3 T20Is against Australia starting from 20th September to 25th September with a match on 23rd. After which South Africans will visit India.

India will play 3 T20Is as well as 3 ODIs against South Africa from 28th September onwards. After the early exit of the Indian team from the Asia Cup, the team faced much backlash however they will try to look past it and start afresh.

Also read: Breaking: Mohd. Shami Ruled Out Of Australia Series Due to Covid

Recently BCCI announced India’s squad for the Australia series soon after which veteran pacer Mohammed Shami got infected covid due to which he had to be ruled out. Umesh Yadav will likely be replacing Shami for the series.

Shami’s infection news broke on Saturday owing to which he also had to drop the ongoing County Championship in which he was representing Middlesex.

India squad for the Australia series:

Follow for more Sports Updates and If You are a Fantasy sports Fan, Download our Mobile App