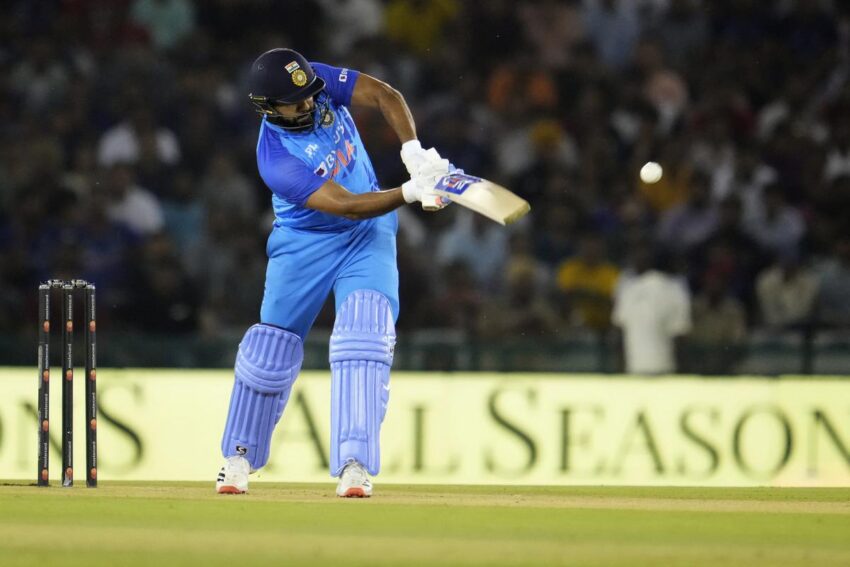 On Friday, India played Australia in the 2nd match of the 3 T20Is series. The match started at 2.5 hours due to the wet outfield. The match was reduced to 8 overs per side. The powerplay was only of 2 overs and one bowler could only bowl 2 overs maximum.

Indians bewildered the Australian team as the skipper and opener Rohit Sharma opened an all-out attack against the bowlers. Though KL Rahul got out for just 10 runs, Rohit kept on showing his class.

Virat Kohli came out to the crease after KL and provided the necessary support to win India the match. Kohli also scored 13 crucial runs before being bowled by Adam Zampa for the 8th time in T20Is.

Suryakumar Yadav got out on a duck, not being able to repeat his last innings heroics. Hardik Pandya however was able to provide the much-needed support for some time before Dinesh Kartik was on the crease to help Rohit who finished off the innings as if it was a child’s play.

India won the toss and chose to field first after which Aaron Finch and Cameron Green opened for Australia and Green was the first blood as Virat Kohli pulled off a blinder of runout.

Matthew Wade and Aaron Finch blasted for Australia. Wade’s fantastic 43 propelled the Aussies to 90 in 8 overs.

Axar Patel was fantastic with the ball as he completed his 2 overs for 13 runs taking 2 wickets. Jasprit Bumrah also announced his return to the cricket field with an absolute Jaffer to take Finch out of the ground.

Harshal Patel on the other hand has a really bad day in the office as the seamer who is tagged as a T20 specialist was thrashed again by the Aussies for 32 runs in 2 overs.

Follow For More Sports Updates  and If You are a Fantasy Sports Fan, Download Our Mobile App