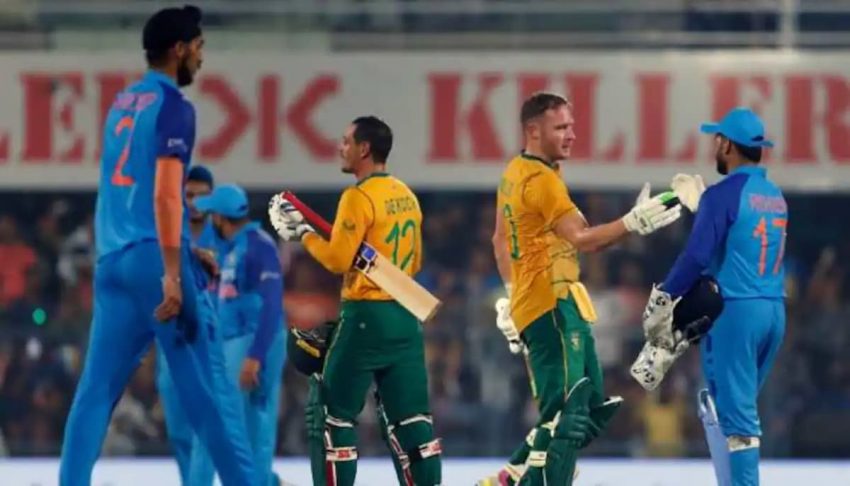 The Indian team will come out to play the 3rd and last T20I of the series against South Africa. India will look to whitewash the visitors while the proteas will look to avoid the embarrassing defeat. India has won both the previous matches in a very convincing manner till now.

The Indian team came into this series after defeating Australia in a 3-match T20I series. The momentum gained there was pretty much utilized as India won the first match in a very convincing manner. The team continued to dominate the series in the second match as well, batting first, the Indian team amassed a huge total of 237 with the likes of the match they won this series with a game to spare.

The third T20I will be an opportunity for the Indian Camp as they will look to whitewash the visitors and gain some much-needed confidence before the world cup. The team’s death bowling issue does not seem to be finding a resolution which will be a problem for Rohit Sharma and Company. It will be interesting to see if the team will be able to do so or not.

Proteas have multiple questions which they need to answer. Their captain does not seem to be justifying his place in the XI which might be the root cause of all the problems for the camp. Coming back to the game, the team will look to win at least one match and get something good out of the series.

The performances of Aiden Markram, Quinton De Cock, and David Miller can be considered positive for the proteas in the series. Apart from that, basically, everything is against them. It will be a mammoth task for the team to win against the ultra-confident Indian team now.

Team Update: As per the Indian skipper, Suryakumar Yadav might be rested for the 3rd T20I to keep him fresh for the T20 World Cup.