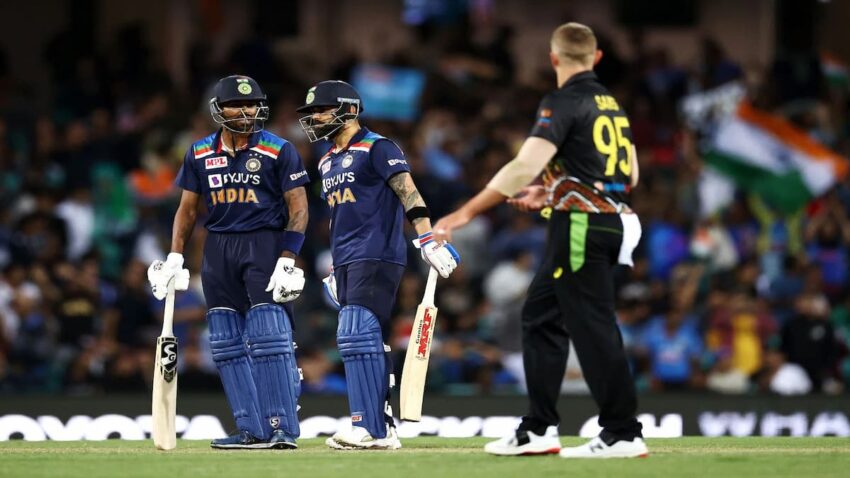 As it happened when Aaron Finch and Rohit Sharma met for the coin toss in Mohali, Australia won the toss and invited India to bat first.

Rohit Sharma as he announced the team was confident of the win described that Bumrah will not play and Dinesh Karthik will be behind the stumps for the men in blue.

Rohit said, “It is an opportunity to test ourselves. Every game is a big game to learn. We got to learn so much in the last six-eight months on how to win games. This series will be no different for us to express ourselves. Looking at what happened in the Asia Cup, we had a chance to reflect on where we went wrong. This gives us an opportunity to correct ourselves as a group. Nothing changes in terms of our approach. Unfortunately, there are some injuries in the squad. Bumrah is not playing, he will take a game’s break and probably come back in the second and the third game. We have Axar and Chahal. Pant misses out.”

After winning the toss, Aaron Finch was confident about his decision of chasing as India lost the last two of three matches defending the total against Pakistan and Sri Lanka.

The Aussie skipper who just announced his retirement from ODI cricket after the last match of the Australia vs New Zealand series said, “We’re going to have a bowl first. It is about building up to the World Cup, and about getting some information about our boys. Really excited. You expect to be tested, hopefully, some dew comes out. The pitch looks hard and flat. We have a late change to our XI. [And he goes on to name half his XI]”

Tim David will make his Australian debut against one of the most challenging sides in the world with stories famous the venue that hosted these two teams in an epic match in the T20I World Cup 2016.