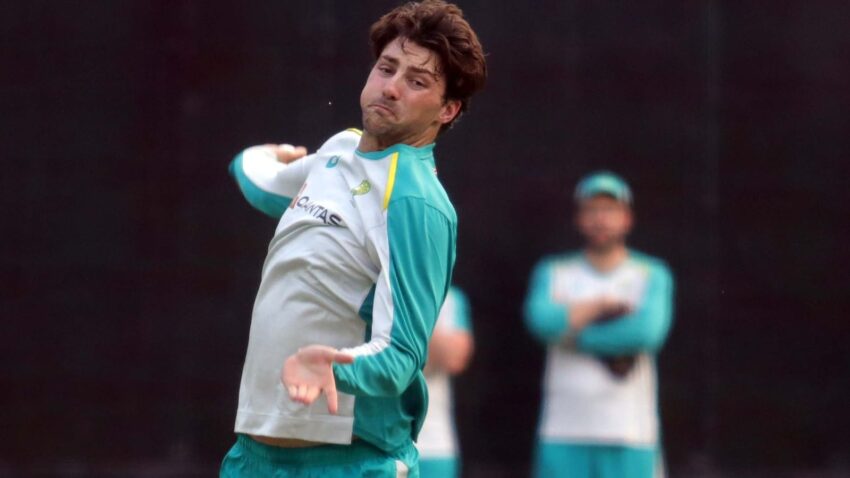 The Singapore-born cricket who is all ready to make his debut for the Australian team has been smacking the ball all around the park ahead of his heavily anticipated debut for Australia.

Tim David is the name every cricket fan is curious to know about these days since the boy from Singapore has been named in the Australian team for T20 World Cup 2022.

In the net practice ahead of the match in Mohali on September 20, Tim was seen in the nets smacking balls all around the park in spectacular fashion depositing most of them in the stands.

In a video shared by cricket.com.au David is seen in sheer focus eyeballing the bowlers aiding him to prepare for the Indian bowling lineup.

He made his made in the IPL in the 2021 season for Mumbai Indians but got his full season in 2022. His innings of 31 in 11 balls will haunt the Delhi fans for a long foreseeable future.

Pat Cummins while talking in the press conference expressed his excitement to have an X Factor like Tim in the team and how he gives the Aussies hope for their World Cup title next month in their home country.

“Batting in the middle order of T20 cricket is a really tough spot. You see most of the run-scorers opening or batting top of the order. It’s really hard to be consistent coming in when there are spin bowlers or at the end of the innings. I think he’s been fantastic.”

“If he gets his chance, hopefully, he can continue doing what he’s been doing in the domestic leagues around the world. I think he’s an X-factor. He just goes about it slightly differently so look forward to it.”