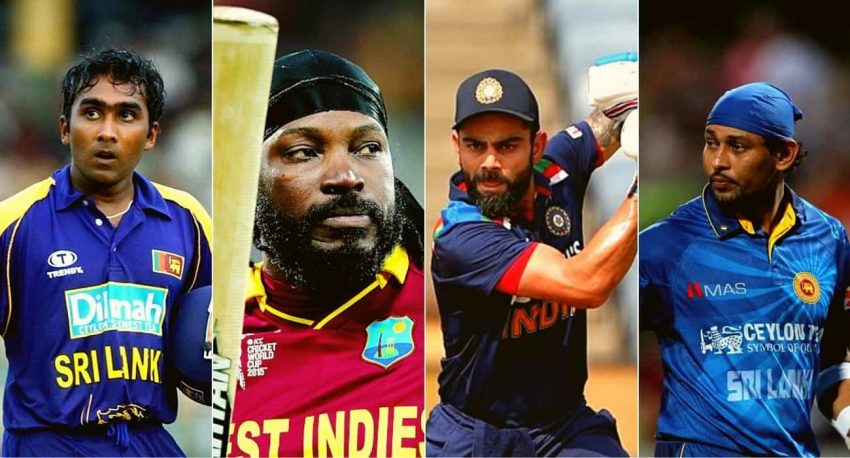 The 8th edition of the T20 World Cup will start from 16th October in Australia. This season will see the participation of 16 teams out of which the super 12 will be decided.

The qualifiers for the Super 12 stage of the tournament will be played from 16th and will see the appearances of 8 teams in 2 groups.

Group A of qualifiers will Include: Namibia, Netherlands, Sri Lanka, United Arab Emirates

Group B of qualifiers will include: Ireland, Scotland, West Indies, Zimbabwe

Out of these two groups in qualifiers, 4 teams in total (the Top 2 from each group) will qualify for the super 12 stages.

Matthew Hayden (265): In the inaugural season of the World Cup in 2007, the Indian team won the tournament under the legendary captain MS Dhoni. However, Australian Batsman Matthew Hayden dominated the cup with his bat scoring 265 runs in 6 innings at an average of 88.33.

TM Dilshan (317): The runner-up of the first season of the tournament came out better in this edition and won the cup. The highest run scorer of this edition however went to the runner ups SriLankan batsman TM Dilshan who scored 317 runs at an average of 52.83 in 7 innings.

Mahela Jayawardana (302): The Sri Lankan batsman Mahela Jayawardene became the highest run-getter this season with 302 runs in 6 innings at an average of 60.40. England team was the winner in this edition.

Shane Watson (249): The Australian veteran scored 249 runs in this edition of the cup and won the highest run scorer award. Watson’s average was 49.80 in 6 innings. West Indies were the winners in this season.

Virat Kohli (319): Star Indian batsman got 319 runs with his bat this season at an average of 106.33 in 6 innings. The Sri Lankan team was the champions this season.

Tamim Iqbal (295): Bangladeshi opener Tamim Iqbal got the highest runs this season with an average of 73.75 in 6 innings. West Indies team became the first team who won the tournament twice after winning this time.

Babar Azam (303): Babar Azam who is an excellent Pakistani opener scored the highest runs this season at an average of 60.60 in 6 innings. Australia won the T20 World Cup for the first time this season.