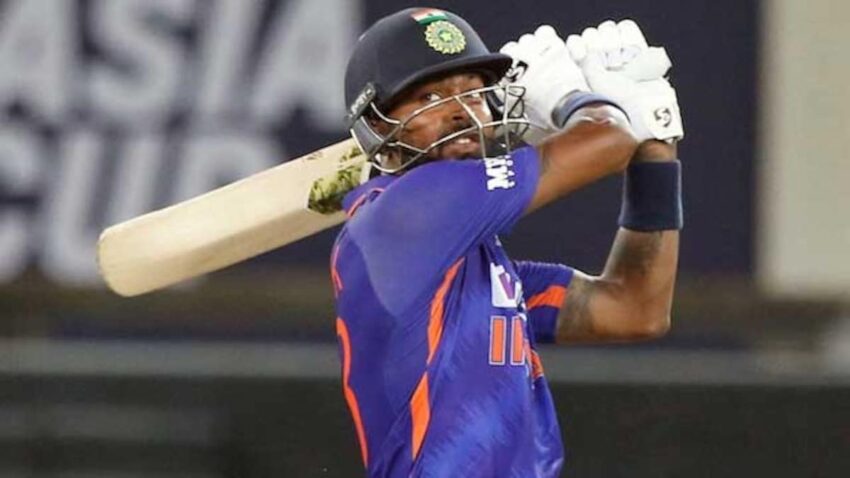 On Tuesday, India vs Australia match started with a lot of excitement as the Indian team was to put to bat first with the Aussies winning the toss.

Rohit Sharma got out cheaply after scoring 11 runs and gave an easy catch to the fielder.

Virat Kohli also couldn’t do much as the Australians got his wicket for just 2 runs of 7 balls.

Then came Surya who made a partnership with KL Rahul and scored 46 of 25 balls before which KL got out scoring a blistering 55.

Now it was time for the Hardik Pandya show as the right-hander scored 71 runs off just 30 balls and set the tempo high for him and his team.

Dinesh Kartik and Axar Patel failed to impress today with the bat as both got out after scoring 6 runs each.

Hardik Pandya made sure that India breaches the 200-run mark today.

Hardik scored his innings with the help of 7 Fours and 5 Sixes.

Hardik will try to continue this run of form as the T20 World cup is fast approaching. The current visitors will be hosts in that tournament and India will try its best to bring the crown back to the nation.

India was the winner of the T20 World Cup tournament in its inaugural season back in 2007 when legendary player MS Dhoni was leading the team.

The India vs Australia series will go on till 25th September and have 2 more matches with the 2nd one being on 23rd September.